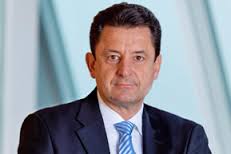 Alexander Schindler, the newly elected President of the European Fund and Asset Management Association (EFAMA), the trade body representing €19trn in assets under management, says the European Commission should provide incentives for European Long-Term Investment Funds (ELTIF) to show it is serious about using the new structure to help mobilise €300bn in investment for the EU economy.

First proposed more than two years ago by EU Internal Markets Commissioner Michel Barnier to boost “patient capital” and adopted by the current Commission, ELTIFs are aimed at enabling institutional investors like pension funds and insurers to invest in infrastructure or small and medium-sized enterprises (SMEs) on a pan-European basis.

The proposal met with initial scepticism and so far there hasn’t been a single mandate for an ELTIF.

ELTIFs offer no incentives such as tax breaks or relief from the capital charge for infrastructure investments enshrined in Solvency II, the EU’s new regulatory regime for European insurers.

According to Schindler, the lack of incentives is problematic if ELTIFs are to become key to the Commission’s plans for stimulating the EU economy via institutional investment.

“ELTIFs are targeted at midsize investors in Europe, as the bigger ones like Allianz don’t need them. They invest directly in infrastructure,” Schindler told a conference organised by Luxembourg Fund Association ALFI in Frankfurt.“So if the Commission wants funding from those midsize investors – many of whom are affected by Solvency II – it has to do more.

“The Commission has to do more to make ELTIFs attractive.”

These investors don’t make their investment decisions according to the wishes of policymakers but according to the investment case. Incentives can help with that,” Schindler said. He added that that the Commission was very aware of this – which is why it was currently reviewing the ELTIF structure.

Asked whether relief from Solvency II’s capital charge for infrastructure investments was an ideal incentive, Schindler said he couldn’t answer that. “But again, what I do know is that the Commission has to do more to make ELTIFs attractive,” said Schindler, who is also a Management Executive at Union Investment, the German asset manager with €250bn in assets.

Solvency II treats investments in infrastructure, including say renewable energy projects, as equity investments. As a result, European insurers and some pension schemes covered by the regime must hold up to 49% of the value of the investment as a capital reserve.

ELTIFs are targeted to both institutional and retail investors across Europe with an investment horizon of at least 10 years. They invest in unlisted companies, “real assets” like infrastructure as well as the new European Social Entrepreneurship Funds (EuSEF) and Venture Capital Funds.