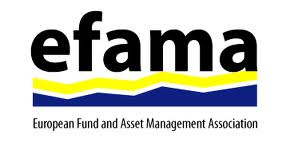 EFAMA, the European Fund and Asset management Association, which represents around €13.5trn of assets under management, has put forward a six-point voluntary code covering the exercise of investors’ ownership rights in companies – in effect a pan-European version of the UK’s Stewardship Code.
And it is also suggesting a role in developing “procedural standards” for investment managers to assist investors in evaluating different approaches to responsible investment.
The new six-point EFAMA Code for External Governance is broadly similar to the existing UK Stewardship Code, which was launched in July 2010. The EFAMA code covers policy on whether and how ownership responsibilities are exercised; the monitoring of investee companies; guidance on intervention with companies; cooperation with other investors and the exercise and disclosure of voting.
EFAMA, whose 51 corporate members include some of the largest firms in the asset management industry, would like investment management companies to publicly confirm their adherence to the Code on their websites and in financial statements.
The purpose of the new code is to “provide a framework of high-level principles and best practice recommendations which should act as a catalyst for engagement between Investment Management Companies (IMC) and the companies in which they invest”. The code – which is not intended to supersede existing law and regulations – should “ensure a strong link between governance and the investment process”.Separately, EFAMA has put together a 27-page report on responsible investment which says the lack of standardisation in the area is a thorny issue. The paper, drafted by an EFAMA working group on RI that was formed in autumn 2010, says the body aims to be instrumental in developing European industry standards on RI transparency, possibly along the lines of its existing European Fund Classification system.
“EFAMA believes that if an investment manager provides RI products, it should commit to an adequate amount of transparency regarding its processes so that end investors, its clients or beneficiaries, are able to evaluate and compare how it meets the demand for RI,” the report states. Increased transparency would help investors distinguish between different RI offerings, EFAMA reckons.
“I believe that the publication of the EFAMA Code for External Governance and the Report on Responsible Investment strongly illustrates the commitment of the investment management industry to play its constructive part in these important issues,” said EFAMA’s Director General Peter De Proft.
The fund association is also calling on the EU to endorse RI in the management of its own funds and investment schemes, and highlight the benefits of RI to institutional asset owners.

And it would like the EU to encourage “better and more standardised” disclosure of environmental, social and governance (ESG) information by investee companies. Link to EFAMA home page