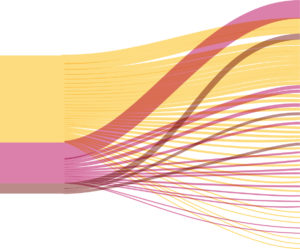 Commonly used methods to estimate corporate carbon emissions have been found to diverge significantly from reported data, according to a new paper published today by FTSE Russell.

Models built by FTSE based on major estimation methodologies revealed that almost half of estimated values diverge from reported data by +/- 100% and more than a quarter of values are off by at least +/- 200%. The results were consistent for each estimation strategy or model specifications used. “Irrespective of the methodology used, the predictive power of the resulting estimates tends to be low,” the data and indexing house said.

FTSE Russell’s research is in line with an earlier study which found that estimates of carbon emissions were at least 2.4 times less effective at identifying the most polluting companies compared with reported data.

Reported data is considered the “gold standard” for corporate sustainability information, and corporate information more generally, but historic underreporting by companies has forced investors and other stakeholders to rely on estimates to drive decision-making. FTSE Russell said that its research revealed that the disclosure gap for emissions data is “persistent, with recent progress incremental at most”, despite claims that the gap is narrowing.

FTSE Russell noted that the intensity of Scope 1 and 2 emissions are “the single most influential metric used by investors to measure and shape investment outcomes based on sustainability considerations”, which has become ubiquitous in sustainable investing approaches.

The analysis was based on four methods of estimation that predict an organisation’s emissions based on sector peer groups, firm attributes and industry categories.

Based on its conclusions, FTSE Russell said that mandatory disclosure standards are “urgently required for emissions data” to provide investors with the information needed to transition their portfolios. Such a requirement has already been proposed in the US by the Securities and Exchange Commission and is expected to be included in the EU’s incoming corporate sustainability disclosure requirements.

FTSE Russell has also proposed an improved estimation strategy, which it describes as “combining the strengths of several existing methodologies”, and launched a new carbon emission dataset for 10,000 companies based on a combination of reported data and estimates.

The study comes after the EU’s regulatory trinity – the European Insurance and Occupational Pensions Authority, the European Securities and Markets Authority and the European Banking Authority – set out new expectations that financial firms should not use estimates when reporting their alignment to the EU taxonomy. However, firms are allowed to use data from commercial providers when reported data is not readily available.