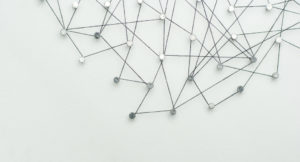 Plans to establish a collective engagement effort on biodiversity similar to Climate Action 100+ are underway through the Finance for Biodiversity Pledge Foundation’s engagement working group, according to documents seen by RI.

Signatories of the pledge – currently standing at 37 investors including Robeco, HSBC Global Asset Management, and Mirova – commit to collaborate, engage, assess, set targets, and report on biodiversity by 2024 at the latest. The group’s Foundation, launched in March, supports the collaborative and collective action of the commitments via a series of working groups that are currently being set up, according to the document.

According to the document seen by RI – dated April 2021 – one of the foundation's milestones for late 2021 is “Nature 100+ collective engagement”.

While noting that the activities of its working group are currently being set up and will be kept flexible, it says output for its engagement working group could include identifying the most material sectors for engagement, most material issues, identify 100 companies to engage with and as well as listing “20-100 collective engagements” as an output.

A spokesperson for the Finance for Biodiversity Foundation told RI “it’s all explorative so far” and declined to comment further on collective engagement efforts. The person said working groups “are currently being set up and will be kept flexible, indeed, starting end of May”.

Nature 100+, the initiative’s proposed name, may stem from the already active Climate Action 100+ (CA100+), whose members – which include CalPERS, Aberdeen Standard, and BNP Paribas Asset Management – engage with the world’s largest polluters to push them towards net zero.

RI has approached CA100+ but the initiative had not responded at the time of publication.

The idea of a Nature Action 100 was also floated last year in the World Bank report Mobilizing Private Finance for Nature. The report suggested the initiative could involve investors coming together to identify “the top 100 companies with the greatest negative impact on nature and establish an equivalent of the ‘Climate 100’, to drive changes in real sector corporate behavior—including greening of supply chains”.

In addition, the World Bank Group’s Finance, Competitiveness & Innovation Global Practice unit is currently a “client” for a student consulting project, entitled Nature Action 100+: Changing and Greening Investor Behavior to Protect Ecosystems and Biodiversity at the University of Columbia. The project “aims to design a framework and undertake a stock taking to establish how to establish a Nature Action 100+ effort, modeled off of Climate Action 100+, learning from its successes and challenges.”

A World Bank spokesperson told RI there was not “anything new to share on an initiative like Nature Action 100”.

The efforts on collective engagements on nature come amid a wider investor push to tackle biodiversity, which has seen the launch of a Taskforce on Nature-Related Financial Disclosures (TNFD) and a number of investor initiatives addressing biodiversity risks and impact.

“It is vital that investors start addressing nature loss and climate change as interdependent crises,” said Harry Ashman, an engagement analyst at the Church Commissioners for England, a member of CA100+ and the first investor to join the Science-Based Targets for Nature (SBTN) initiative to develop science-based targets for companies on biodiversity. “We’re investigating collaborative efforts with peers to start tackling these challenges now and prepare for the launch of frameworks like TNFD, SBTN and the outcomes of COP15,”  he told RI.

In addition, it states that potential partners for the Foundation include the TNFD, Partnership for Biodiversity Accounting Financials, and Principles for Responsible Investment. Later, these names, alongside others including the World Bank and ShareAction, are named as potential partners for the working groups. Regarding both Finance for Biodiversity confirmed they were “potential” and that the latter was at the “explorative stage”.

Finally, the document states that while the default option for new signatories looking to join the pledge is to not make a financial contribution, it also offers “new signatories two ways to contribute financially to our publicity regarding the Pledge”.

New signatories can opt to pay either €4,500 or €3,750 for various levels of publicity in social media, press releases and the pledge's “statements page”.

Finance for Biodiversity told RI: “The financial contribution is meant for covering the resources that are needed to support the work for the Foundation, e.g. answering this type of questions, other comms activities, facilitating the working groups and exploring potential partnerships.”