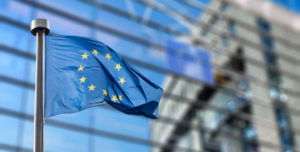 The body, which was appointed by the European Commission in April to revamp existing standards in the bloc, plans to set up 11 working groups focused on different sustainability topics including climate change, other environmental factors, labour rights, small and medium enterprises, and sector-specific disclosure standards. Each group will comprise between three and six ‘highly qualified experts’ – positions for which EFRAG is taking applications until September 15.

The CSRD will replace the long-standing EU Non-Financial Reporting Directive, which has long been criticised for being too vague, producing inadequate and incomparable data on sustainability issues.

According to preliminary plans announced by EFRAG in April, the CSRD is expected to require audited sustainability data from all listed and unlisted EU companies with more than 250 employees from the 2023 reporting year onwards.

The new rules are also expected to focus more on forward-looking information, such as progress on internal climate or environmental targets, and additional disclosures in line with the EU’s Taxonomy and its new Sustainable Finance Disclosure Regulation.

Last month, the EFRAG PTF-ESRS announced that it would be working with international standard setter the Global Reporting Initiative (GRI) on developing the draft standards, after noting that “GRI standards are currently the most commonly used sustainability reporting standards amongst EU companies”.

The taskforce also indicated that it would establish “cooperation arrangements” with accounting body the International Financial Reporting Standards Foundation (IFRS), which is currently working on a separate international sustainability reporting standard. Recently, the IFRS work on the subject was criticised by the French central bank for potentially giving undue influence to the US and other countries that do not support IFRS standards domestically.