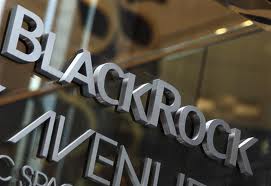 Shareholders in fund management giant BlackRock’s London-listed alternative energy vehicle have voted overwhelmingly to have the right to withdraw their cash in two years’ time.
Investors in the £82.7m (€105.6m) BlackRock New Energy Investment Trust Plc voted 94.6% in favour of a motion to change the trust’s articles of association at an extraordinary general meeting this week.

A proposal will now be tabled at the trust’s AGM in February 2014 to enable shareholders to receive their entire investment, less costs, “as soon as practicable”.

It follows what BlackRock itself has termed “mixed” performance since launch in 2000. It has returned a cumulative -56.48% over the last five years, against a benchmark return of 13.24%.

The trust had proposed the change last month, saying two years would be enough time to position the portfolio to benefit from any market recovery.BlackRock New Energy Investment Trust was launched to invest globally in companies which have a significant focus on alternative energy or energy technology.

“The company’s performance record has been mixed,” it says, explaining it was hit just after launch by the dotcom bust and more recently by the global financial crisis.

To counter this, the trust – run by fund managers Robin Batchelor and Poppy Allonby at BlackRock Investment Management – has moved away from renewable energy technology and into energy efficiency and is now looking at energy infrastructure and natural gas.

The move comes as other listed clean energy trusts are looking for the exit. Earlier this month, Low Carbon Accelerator, whose investors include Derbyshire County Council and the South Yorkshire Pension Fund, said it has advanced its plans to sell off its entire portfolio.