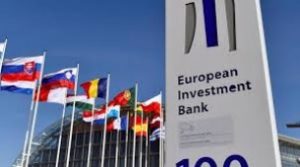 The budding new market for SDG-aligned bonds is about to get another major boost, with the European Investment Bank (EIB) confirming it will enter the space by the end of the year, slating a formal announcement next week. The development bank, which became the first to issue green bonds in 2007 (although it called them Climate Awareness Bonds, not ‘green’ bonds) is still one of the world’s biggest issuers. However, its Director General of Finance Directorate, Bertrand de Mazieres, told Responsible Investor that it is almost ready to act on plans to issue more socially-focused notes. When asked about the topic during a Q&A session at the RI Sustainability Bonds conference in Tokyo yesterday (Thursday), de Mazieres said: “Last night, late European time, a communique was issued by the EIB and the Brookings Institution [a think-tank]. This communique is an invitation to an event that will take place in Washington next week, where the EIB will announce indeed its plan for issuing a new category of bond that will belong to the family of sustainability bonds.”
de Mazieres declined to comment further on the types of projects that would be funded under the new programme, but confirmed: “Undoubtedly, we will issue something before the end of the year.”
At an event held by the European Commission in Brussels last month, the EIB’s President, Werner Hoyer, told the audience: “We are thinking of developing further in the direction of market papers that can support the reaching of the SDGs,” adding that “when we are further developing these instruments… there must also be a clear set of criteria worldwide, otherwise these financial instruments will not gain the necessary credibility with investors.”
The EIB is leading work on a ‘sustainability taxonomy’ for projects in Europe and beyond, which is expected to be endorsed by the European Commission.Its move into SDG-aligned bonds mirrors that of fellow development heavyweight, the World Bank, which has confirmed to RI that all its offerings will now be classes as Sustainable Development Bonds. As the first issuer to coin the expression ‘green’ bonds when it came to market shortly after the EIB, the World Bank has been increasingly selling and structuring ‘thematic’ bonds beyond traditional climate-focused ones. In June last year, it sold what it described as “the first-ever bonds directly linked to the Sustainable Development Goals”. The notes are linked to an index comprising 50 firms that “are recognized industry leaders on environmentally and socially sustainable issues, or that dedicate at least 20% of their activities to sustainable products”.
Earlier this year, it backed the first ‘blue’ bond from the government of the Seychelles, to finance marine conservation. It has also issued a benchmark ‘gender’ bond in Canada “to raise awareness on the important role of women empowerment” – although at the time of printing, RI was unable to establish the methodology behind this programme.
“We continue to seek ways in which we can leverage our funding activities to draw attention to sustainability, and recently started issuing sustainable development bonds,” said Vice President & Treasurer of the World Bank Treasury, Arunma Oteh, speaking in Washington earlier this month. “In this respect, we have introduced ‘Use of Proceeds’ language in all the bonds that we issue, to highlight to investors that we use the funds we raise in the capital markets for one purpose – to finance sustainable development projects and programmes in our member countries.
“All the projects and programmes, are intentionally designed to achieve a positive social impact, and undergo a rigorous review as well as an internal approval process aimed at enabling equitable and sustainable economic growth,” she added. Others have already tapped the SDG bond market. In November, HSBC
issued the first corporate SDG bond – a $1bn transaction “to support projects that offer broad social, economic and environmental benefits as aligned to seven selected SDG targets. These could include hospitals, schools, small-scale renewable power plants and public rail systems”. In February, New Zealand’s ANZ bank sold €750m of SDG bonds into the European market.
But the issuing capacity of the EIB and the World Bank – and their track record on bringing the green bond market to scale – could prove a game changer. The World Bank currently issues $50bn of bonds each year into the markets.
However, there has already been some criticism of this all-encompassing approach. One banker, who has been working with green bonds since their inception, said the trend threatened to kill the sustainability bond market by being too broad and making the asset class “vague”.
Raj Thamotheram, Founder of non-profit investor group Preventable Surprises and former investment advisor to Axa IM and the UK’s Universities Superannuation Scheme, said, although he “applaud[s]” the creation of the SDGs and their holistic approach, “I’m yet to be convinced that the best thing that investors can do is to create ‘SDG investment products’.“First, it’s really easy to re-badge current CSR/sustainability/philanthropic pilots as good news SDG stories and this is absolutely no value. Second, by framing all 17 SDGs as equivalently important, this inevitably reduces the focus on what are the really critical issues… Third, the solution won’t be the inevitable race to grow AUM in SDG products – we’ve seen that with SRI funds, climate bonds [and] impact investing. Rather, progress means creating contexts that cause core business strategies to become SDG compliant. Changing the people at the top and changing their incentives will be key.” Others in the market are more supportive. Swedish pension fund AP7 has been one investors leading work on SDG measurement. Its Head of ESG, Johan Floren, told RI the fund is “positive about a greater supply of SDG-bonds and other sustainability products, since there seems to be surplus demand at the moment”.
“Of course the underlying assets are more important than the packaging, but still,” he pointed out, adding that AP7 still plans to focus on green bonds more than sustainability bonds in the near term.