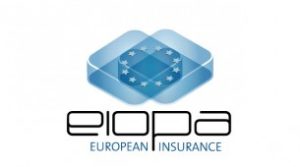 A report by one of Europe’s main financial regulatory bodies has given preliminary advice to ministers of EU member states that socially responsible investments (SRI) should not be considered as a separate asset class, nor require special rules to promote long-term investment by the continent’s insurance companies. The report titled: “Discussion Paper on Standard Formula Design and Calibration for Certain Long-Term Investments,” was prepared by the Frankfurt am Main-based European Insurance and Occupational Pensions Authority (EIOPA), an independent advisory body to the European Parliament and the Council of the European Union. It was produced after the European Commission (EC) asked it to examine whether capital requirements for insurers’ long-term investments needed adjusting under the envisaged Solvency II regulatory regime. The EC advice followed direction from The European Council of June 2012 – a meeting of EU member state ministers – which called for “smart, sustainable, inclusive, resource-efficient and job-creating growth” for Europe’s 2020 Strategy. In its report, EIOPA suggests that no specific investment regime for SRI is necessary because definitions are too broad and the academic evidence on the under- or out-performance of SRI compared to other investments is “inconclusive”. This, it says, means SRI differs little from standard investment approaches and should not benefit from specific regulatory encouragement. EIOPA’s core responsibilities are to support the stability of the financial system, transparency of markets and financial products as well as the protection of insurance policyholders, pension scheme members and beneficiaries. The Commission asked EIOPA to look at four asset areas following theEuropean Council’s guidance: socially responsible investments (SRI) and social business financing through debt and equity; infrastructure financing and other long-term financing through project bonds, other types of debt and equity; small and medium sized enterprises (SME) financing through debt and equity; and long-term financing of the real economy through securitisation of debt. The European Parliament recently approved a new label for social businesses, European Social Entrepreneurship Funds (EuSEF), along with another covering venture capital funds investing in unlisted small firms, dubbed EuVECA. However, EIOPA said that these funds’ focus on social returns at the possible expense of financial returns meant that it had “doubts” that a more favourable regulatory treatment than for “conventional” investments could be justified.
On venture capital and infrastructure, the report cites both historical data and pricing issues as well as liquidity concerns that could mitigate against specific investment rule regimes. EIOPA has asked for industry comments on the report to be sent by May 28 to LTI@eiopa.europa.eu
The report can be accessed here
The research by EIOPA on long-term investment should lead to a final report in early July, enabling EIOPA to integrate it within an additional report on potential regulatory outcomes, the Long-term Guarantee Impact Assessment (LTGIA), which is scheduled for the end of June. A combination of the two work streams will, it says, provide a full examination of whether the regulatory framework of Solvency II should be amended to facilitate long-term investments.