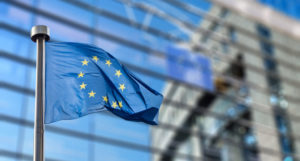 The European Insurance and Occupational Pensions Authority (EIOPA) has today said that “it is important to explore prudential treatment of exposures related to assets or activities associated substantially with environmental or social objectives.”

The EU supervisory body made the comments in response to a recent request by the European Commission for it to look into risk profile of assets and activities linked to the bloc’s sustainability goals.

That request was made as part of proposed reforms to the Solvency II directive that governs capital requirements for European insurers, which included a mandate for EIOPA to consider sustainability factors.

This could see insurers receive favourable regulatory conditions for assets that align with the EU’s Net Zero goal, which would be known as a ‘green supporting factor’. RI reported at the time that the proposals also resurrected the idea of a ‘brown penalising factor’, which could see polluting assets offered worse treatment under capital requirements.

EIOPA issued a statement today saying it “welcomes” the request, although it appeared to focus on the prudential treatment of green assets rather than environmentally harmful ones. A spokesperson for EIOPA told RI that the announcement was “about welcoming the proposals in general at this stage”.

In the statement, the regulator said it is  “convinced [it will] contribute positively to a transition into a more sustainable economy”.

In a 2019 opinion document, written at the request of the Commission as part of its Action Plan on Sustainable Finance, EIOPA said there was no meaningful evidence to justify the introduction of a Green Supporting Factor under Solvency II – although the regulator did leave it open as to whether future risk data might support such treatment.

EIOPA is not the only European regulator with a mandate on the prudential treatment of sustainable assets. It’s sister body, the European Banking Authority (EBA) was also mandated in 2019 to present a report on the topic.