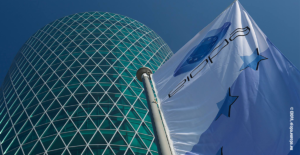 The European Insurance and Occupational Pensions Authority (EIOPA) plans to assess ESG risks as an integral part of its 2019 stress testing of pension funds, extending it to the insurance sector in 2020, the European agency has told Responsible Investor.

Frankfurt-based EIOPA is one of the three European Supervisory Authorities (ESAs), which together with ESMA (the European Securities and Markets Authority) and the EBA (European Banking Authority) have formed the European System of Financial Supervision since 2011.

EIOPA conducts stress tests of both the insurance sector and occupational pension funds every other year. It has assessed pension funds covered by the directive on Institutions for Occupational Retirement Provision, or IORPs, two times — with the next starting in April or May 2019.

An EIOPA spokesperson told RI that the “first steps to gain deeper insights into the European pension funds’ exposure to ESG […] will be executed for the first time on the occasion of the 2019 Occupational Pension Stress Test”.

According to EIOPA the analysis will include a “qualitative assessment of IORPs’ management of ESG, incorporating those factors in their processes and to assess the risks of the investment portfolio”.

The spokesperson also said the test will encompass “a quantitative exercise” based on “data provided by Eurostat” [the Luxembourg-based EU statistical body].

“Acknowledging the limitations of such analysis, we focus on identifying business activities that are prone to being exposed to risks related to a transition to a low-carbon environment,” the spokesperson said, adding that further details are not yet determined. The stress tests are not seen as a “pass-or-fail” exercise for IORPs.

Matti Leppälä, CEO of PensionsEurope, the trade body representing €4 trillion in assets under management from national pension associations, is closely following these developments to prepare for the new test.

He told RI that the quantitative part is a matter of concern for PensionsEurope, due to the “subjective interpretation of many of these criteria”.

Leppälä understands EIOPA would use Eurostat’s statistical classification of economic activities known as NACE (derived from the French Nomenclature statistique des activités économiques dans la Communauté européenne).“The aim is that IORPs’ portfolios show the share of assets in the most carbon intensive activities,” Leppälä said, adding that how such calculation would be worked out is not clear yet. It is expected that EIOPA would provide further details in a consultation in January ahead of the test launch in April/May.

Leppälä added that there are no concerns regarding the qualitative part. According to him, this would include questions on how the pension funds consider exclusions, voting, engagement, impact investment; as well as the impact of the IORP II directive’s ESG rules (it was recently revised) and the impact of the Shareholders Rights Directive II.

The idea of extending EIOPA’s stress testing to ESG risks emerged explicitly in the July 2017 interim report of the EU High-Level Expert Group on Sustainable Finance (HLEG), but it didn’t make it to the final draft of January 2018.

The European Commission’s Action Plan didn’t include ESG stress testing per se either, although the Plan called on the ESAs “to provide direct support to its implementation”.

In the short term, this role for the ESAs as stated by the Plan would be “identifying and reporting on the risks that sustainability factors pose to financial stability.

“This could be done through the development of a common EU methodology for relevant scenario analyses, which could later evolve into climate/environment stress testing.”

In that respect, Olivier Guersent, the EC’s Director-General for Financial Stability, Financial Services and Capital Markets Union, in July wrote to the heads of EIOPA and ESMA seeking their technical advice on ESG risk integration.

Last week, Gabriel Bernardino, EIOPA’s Chairman, told an industry conference that EIOPA is working on the way ESG risks and factors should be integrated in the three pillars of Solvency II.

Bernardino said that the success of the sustainability agenda depends to a great extent on the capacity of insurers and pension funds to incorporate ESG into today’s risk measurement and decision making processes.