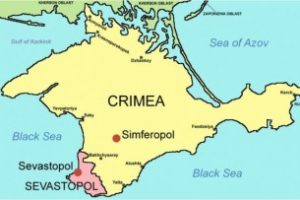 The EIRIS Foundation, the charitable arm of the ESG research firm, has launched what it says is the first database of companies doing business in UN-recognised occupied territories Crimea and Palestine to address growing demand from investors for objective information on sensitive political issues concerning major investee companies.
EIRIS Conflict Risk Network, which researches the risks related to companies with involvement in conflict zones, carried out the Business in Occupied Lands project for the charity. It identified that many household name companies operate in occupied territories. Big brands such as Coca-Cola, Volkswagen, Volvo and Hewlett-Packard are active in Palestine, while Amazon, Apple, Visa, Thomas Cook and Google do business in Crimea.
The research says international law recognizes occupation as a form of conflict. Occupying governments, it says, use economic activity to help secure and maintain control of territories. The research points out that the United Nations General Assembly and other relevant UN agencies have voted not to recognize changes in the status of the Crimea region and have affirmed that Palestine is occupied under international law.
Investors have increasingly been targeted over their holdings in UN-recognised occupied territories in the last year or so. Regarding Palestine, the Boycott, Divestment and Sanctions (BDS) campaign has been putting pressure on companies with links to Israel.In August 2014, the $26.1bn (€16.6bn) New Zealand Superannuation Fund’s offices were picketed by protestors today over an NZ$900,000 investment in white phosphorous maker Israel Chemicals: Link to RI story
And the response of pension funds to assets in occupied territories has itself become controversial.
In 2014, Dutch pension management giant PGGM excluded five Israeli banks for financing construction in the West Bank. The decision led to a diplomatic incident and a public backlash. Conversely, Dutch peer fund ABP decided to stick with its stakes in three Israeli banks: Link to RI analysis
Peter Webster, Chief Executive Officer at EIRIS, said: “This database is a big step forward on impartial transparency. Investors can then decide how they want to use that information.”
Kathy Mulvey, director of EIRIS Conflict Risk Network, said: “The EIRIS Foundation has a history of empowering responsible investors and others with the provision of independent data on a wide variety of company activities.”
Companies included in the database meet two criteria: they are publicly listed, through stocks and/or bonds, and have a local presence in either Crimea or Palestine.
In Crimea, the database contains 27 publicly listed companies and in Palestine, the database contains 80 publicly listed companies in settlements and 70 publicly listed companies in non-settlement areas.

Link to the Business in Occupied Lands database