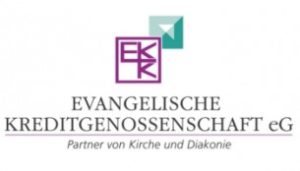 German church bank Evangelische Kreditgenossenschaft (EKK) has teamed up with DEG, the investment arm of German development bank KfW, to launch a fund for German institutional investors that will invest in renewable and energy efficiency projects in developing countries. The manager of the Luxembourg-domiciled fund, the “Renewable Energy Fund Emerging Markets,” is the EKK, while DEG’s role will be to locate investable projects in developing countries and serve as a co-financier. The fund’s administration will be handled by Universal Investment, a Frankfurt-based specialist. EKK is also the fund’s anchor investor, contributing a portion of the €34.3m in seed money that the vehicle took in during its recent first closing. According to DEG, the other portion came from third party institutional investors that the fund is targeting, namely other church banks as well as pension funds from Germany’s ecumenical community. The target volume for the EKK-managed fund is €150m, and the investments will be made via long-term loans, mezzanine loans and equity.
“The possibility of mobilising private capital in Germany for the twin aims of climate protection and supporting the economies of the emerging markets is why we created this fund,” said Joachim Fröhlich, Chief Investment Officer of the EKK, which was Germany’s first church bank to join the Principles for Responsible Investment (PRI).
DEG Chief Executive Bruno Wenn, said: “An increasing number of German institutional investors like the EKK are looking for ethical investments, also in emerging markets. We can assist them due to our long track record of doingresponsible project finance in those areas.” Asked if the DEG had already found some investments for the fund, a DEG spokeswoman said yes, but added that these could not yet be communicated before any deals were closed.
EKK has more than 320 employees and a balance sheet worth €4.3bn. It has €2.5bn in investable assets, of which 64% are in bonds and another 12% in equities. It’s also a major sustainable fund provider, with around €2bn in such assets for retail and institutional clients. DEG’s cooperation with EKK is just one of several partnerships that the KfW, which is wholly owned by the German government, has done with private investors for the purpose of sustainable development finance. One example is the Global Climate Partnership Fund (GCPF), a $326m (€241m) vehicle created four years ago which invests both in renewable projects and in financial companies in 13 developing countries. Deutsche Bank is the manager of that fund and a small investor in it (€4m). Last year, the GCPF also won over its first German pension investor, the €8.8bn doctors’ fund AEVWL, which allocated $30m to it.
Another example is the European Fund for Southeast Europe (EFSE), a microfinance fund for that region which the KfW launched in 2005. EFSE currently has $926m in assets, two-thirds from public investors like development banks and one-third from private ones, including Deutsche, Steyler Bank and Sal. Oppenheim, the German private bank that also manages the fund.