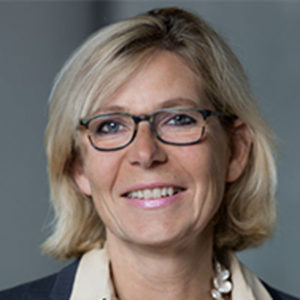 Else Bos will leave her role as chief executive of €205bn Dutch pension investment giant PGGM as at November 1 to take on a new role elsewhere, which hasn’t been disclosed.

Bos, a leading figure in responsible investment via her involvement with the Principles for Responsible Investment, the Focusing Capital on the Long-term initiative and other initiatives, says she will be leaving an organization formed of people “with a green heart”.

The 57-year-old has been at the investor, owned by health and wellbeing fund PFZW, since 2002 – the last five years as CEO.

Besides her PGGM role, she has board positions at the IRFS-Foundation, Sustainalytics and the Nationale Opera & Ballet.
She is also is a member of the Dutch Monitoring Committee for Corporate Governance and a member of the board of the International Center for Pension Management ICPM at the Rotman School of Management in Toronto. She was a board member at the Principles for Responsible Investment from 2008–2015. She is a director also of FCLT Global, the long-term capital project formerly called Focusing Capital on the Long-Term.She studied econometrics at the Erasmus University in Rotterdam, before embarking on a near 20-year career at ABN and later ABN–AMRO bank in Amsterdam. In 2001 she joined NIB capital asset management before joining PGGM, initially as COO Investments.

“I have very much enjoyed working at PGGM over the past fifteen years,” Bos said.

“An organisation of committed professionals with a green heart”

“An organisation of committed professionals with a green heart who are devoted to creating a valuable future for participants and members. I am proud of what we have achieved together. Obviously also in partnership with our biggest client PFZW and the other clients whose pension funds we manage and with the executive officers and members of our cooperative.”

Supervisory board chairman Edwin Velzel praised Bos’s “conviction and vision”, saying: “We are very grateful for everything Else has accomplished for PGGM and we wish her success in her future career.’’
The board will now start the process of finding her successor.