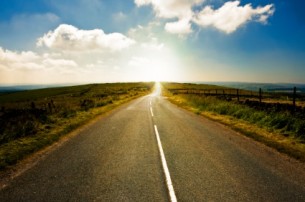 Some of Europe’s largest sovereign wealth funds and development finance institutions (DFIs) have launched a new €1.5 trillion European Association for Long-Term Investors (ELTI) to combine their efforts for sustainable investment in innovative areas, particularly around youth job creation. The association was signed by 16 organisations following a meeting in Paris on July 5. It includes France’s €287bn Caisse des Dépôts, sovereign wealth fund, Italy’s €305bn Cassa Depositi e Prestiti (CDP), which manages Italian postal savings, and the €508bn European Investment Bank. The groups said the creation of the association was a direct follow on from a meeting of the European Council of Ministers on 27/28 June to sign a pact on growth and employment. It also follows the June 25 close of the European Commission’s consultation period for a Green Paper on long-term financing of European economies.

The wealth funds and DFIs said that from 2014 to 2020 they would be working alongside the EU to develop innovative finance structures to attract private capital towards investment in infrastructure, small- and medium-sized companies, innovation and energy projects.The group will also work closely with the Long-Term Investors Club (LTIC), the four-year-old platform for major investors. LTIC boasts an impressive roster of financial institutions who have to comply with principles of transparency and social and environmental responsibility. It includes groups like APG, the Dutch pension asset management firm, KfW Bankengruppe of Germany, Canada’s Ontario Municipal Employees Retirement System and the Caisse de Dépôt et Placement du Québec, Abu Dhabi’s state-owned Mubadala Development Co., the China Development Bank and Russian development bank, Vnesheconombank.

The launch comes as European Climate Commissioner Connie Hedegaard has called for development banks to end their support for fossil fuels in their energy lending policy reviews. “I am particularly keen to see three international financial institutions – the European Investment Bank (EIB), the European Bank for Reconstruction and Development (EBRD) and the World Bank – join with their EU and OECD partners to take a lead role in eliminating public support for fossil fuels,” she said in the foreword to a report on bank lending policies.