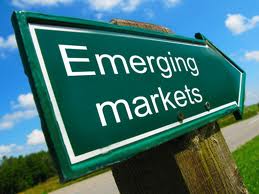 A five-year long project by more than 50 investors to boost the reporting of ESG issues and to kick off engagement dialogue with previously recalcitrant companies in emerging markets has reported its final results. The Emerging Markets Disclosure Project (EMDP) started dialogue with more than 72 leading emerging market companies where it felt that a lack of data was preventing investors from making informed decisions on their sustainability quality.
The project attracted more than 50 participants, including asset owners, investment managers and service providers. The EMDP focused its efforts on four countries: Brazil, Indonesia, South Africa and South Korea, where it formed local investor partnerships to approach the companies targeted. The outcomes of these approaches is documented. In Brazil, EMDP contacted 102 companies and engaged 17 directly to improve their sustainability reporting. It said most now either issued issue sustainability reports or were working towards doing so. PREVI, the €65bn Brazilian pension fund, the country’s largest, said the EMDP collaboration had enabled it to “amplify” the effectiveness of its calls for better sustainability reporting amongst Brazilian companies.
In South Africa, the EMDP said it had been instrumental in getting companies including Aspen Pharmacare Holdings, Naspers, Sasol, Shoprite Holdings, Steinhoff International and Tiger Brands to improve sustainability reporting and policy. In South Korea, a country where most large companies do not release CSR reports, atotal of 15 companies were engaged including Hynix, LG Electronics, Samsung and Shinhan Financial Group. Some agreed to report and the EMDP has put together a scorecard to gauge how companies compare in reporting. In Indonesia, EMDP worked in association with organizations including the Asian Development Bank (ADB), European Development Finance institution DEG, and the International Finance Corporation (IFC) to target market stakeholders such as the Indonesian Stock Exchange and fund managers to prod companies on reporting, often the first time this has happened in the country.
EMDP said Indonesia’s leading social security provider, Jamsostek, had sent a powerful signal to the market by incorporating ESG screens into its due diligence criteria for investments.
More broadly, the EMDP said it had established a model for collaboration to improve sustainability reporting and practices in emerging and developing markets based on a benchmark that enables companies to compare their ESG performance, which will be used by signatories to the United Nations (UN)- backed Principles for Responsible Investment (PRI).
The EMDP was created in 2008 by the International Working Group (IWG) of the US SIF Foundation, with leadership from members Boston Common Asset Management and Calvert Investments. The project was assisted by the PRI Secretariat, the Global Reporting Initiative and the IFC.
Link to report