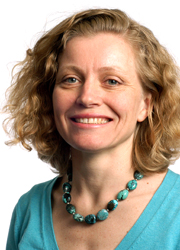 Emma Howard Boyd, one of the most well-known figures in responsible investment in the UK, is stepping into the hot seat at the Environment Agency, the body pilloried during recent serious flooding.

Howard Boyd has been named Acting Chairman of the agency following the resignation yesterday of chairman Sir Philip Dilley, whose position had become increasingly untenable after it emerged he had been on vacation in Barbados during the crisis.

Howard Boyd, previously Deputy Chair at the agency, was Director of Stewardship at Jupiter Asset Management until 2014 and is chair of the trustees at ShareAction, the responsible investment campaign group. She chairs the Environment Agency Pension Fund’s investment sub-committee.

“Emma Howard Boyd, has agreed to become Acting Chairman with immediate effect and will lead the board in holding the agency to account,” the government said in a statement. It will begin recruiting a permanent replacement for Dilley “in due course”.

Since leaving Jupiter, where she had a 20-year career, Howard Boyd has taken on a range of roles. She is a non-executive director (NED) at Menhaden Capital, the listed trust focused on renewable energy and resource efficiency launched by WHEB Asset Management founder Ben Goldsmith. She is also a NED at the Aldersgate Group, the sustainability membership group, and chair of the 30% Club Investor Group. She chaired UKSIF – the sustainable investment and finance association – from 2003 to 2006.

Dilley, the former chair at engineering group Arup, said in a statement he quit as the “expectations of the role have expanded to require the chairman to be available at short notice throughout the year, irrespective of routine arrangements for deputy and executive cover”.

“In my view this is inappropriate in a part-time non-executive position, and this is something I am unable to deliver,” he continued, referring to the media scrutiny focused on him.In some ways the Environment Agency and its chair were the scapegoat during the floods, which dominated the UK media over the holiday break; even its highly regarded pension fund was drawn into some of the newspaper coverage.

The Environment Agency was set up as a “Non-Departmental Public Body (NDPB)” under the Environment Act 1995. Its main aim is to “protect or enhance the environment, taken as a whole” and work “towards achieving sustainable development”.

Its priorities, as set out in its 2011-15 Corporate Plan are firstly to “act to reduce climate change and its consequences”, work with people and communities to create better places and to reduce the risks from  flooding and “protect and improve water, land and air”. It is charged to work with businesses and other organisations to “use resources wisely”. It has a budget of £1.3bn.

It is officially independent as an “executive non-departmental public body” though it is ‘sponsored’ by Defra, the government’s Department for Environment, Food & Rural Affairs. It no longer has its own website and its remit ranges from issuing licenses for fishing rods to regulating nuclear radiation.

In a new paper Flood defence: time for a radical rethink Helm described the current state of affairs as “at best inefficient and …sometimes even counterproductive, encouraging the sorts of land use and land management decisions that can actually make flooding worse in the medium term.” He argues, that following privatisation of the water sector, flood defence costs of a river catchment are not socialised into regular utility bills.