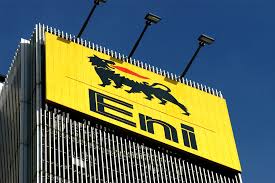 Karina Litvack, the former Head of Governance and Sustainable Investment at F&C Asset Management who joined the board of Eni SpA in 2014, has been removed from the Italian energy giant’s board-level Control and Risk Committee amid what it said in a statement in English were “ongoing investigations related to alleged conspiracy against the company, reported by the press”.

According to reports in the Italian media, Litvack is one of Eni’s independent directors being investigated by the Public Prosecutor Office of Syracuse in Sicily for defamation of Eni’s CEO, Claudio Descalzi. This appears to be a preliminary investigation, though some newspapers speak of a convoluted ‘plot’ to oust Descalzi. Responsible Investor has been unable to substantiate these reports. Detailed questions, in Italian, have been sent to both the prosecutor’s office and the company’s press office. Attempts to contact Litvack directly have been unsuccessful so far.

In a statement, Eni said the board would appoint the new director to the committee at the next board meeting. “The board has taken this decision only to safeguard the company from the risks of possible conflicts of interest until the closing of the investigation, remaining the presumption that Director Litvack has not been involved in the facts under investigations,” Eni added. Litvack remains on the board, and remains on the compensation and sustainability committees, according to the Rome-based industrial giant’s website.

Litvack was elected as an independent non-executive director from a list of candidates submitted by a group of domestic and international institutional investors. Alongside Eni, she has advisory roles with Erika Karp’s Cornerstone Capital, social investor Bridges Ventures, software firm SAP and Transparency International.She was on the board of mining body the Extractive Industries Transparency Initiative from 2003-2009.

She’s also on the board of BSR, Business for Social Responsibility and Yachad, a UK charity chaired by Gideon Smith, Chief Investment Officer for Europe at AXA Rosenberg.
Litvack left what was then F&C, now known as BMO Global Asset Management, part of the Bank of Montreal, at the end of 2012 by “mutual consent” having joined the firm in 1998. At the time of her departure she headed up the firm’s GSI team overseeing voting, shareholder engagement; she was F&C’s representative on a variety of investor initiatives. She told RI at the time the departure was “a bit of a wrench” though she was excited by new opportunities “streaming into my inbox”.

Eni is chaired by Emma Marcegaglia, who as president of business lobby group BusinessEurope has clashed with investors over climate disclosure.
Eni, which says safety and its carbon footprint are its top two priorities, is included in major sustainability indices such as the Dow Jones Sustainability World, FTSE4Good and obtained the highest score in terms of disclosure (100/100) in the CDP2015 and was confirmed in the CDP Italy Climate Disclosure Leadership Index (CDLI) 2015.

Eni’s main shareholder is the Cassa Depositi e Prestiti, the Italian state financing body, which has a 25.76% stake. The Italian Ministry of Economy and Finance has 4.34%. Leading international shareholders on the register include Blackrock, Fidelity, Schroders, Vanguard, Franklin Templeton and Capital Group.

With reporting by Cecilia Valente.