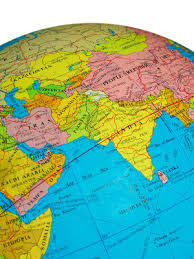 The Equator Principles Association, the banking sustainability body, has announced an unprecedented review of its sustainability framework after pressure from investors, member banks, and NGOs.

In an announcement on its website it said it would start a process of updating its principles, considering “the key issues of scope of applicability, human rights (inclusive of the rights of Indigenous Peoples), and climate change, amongst others”.

Significantly, it is the first time that a review has been undertaken by the association independently of an update of the International Finance Corporation’s (IFC) Performance Standards, which the principles reference heavily.

The announcement comes just a week after the association held its annual meeting in São Paulo.

Prior to the AGM, the Equator Principles had come under increasing pressure from several groups – including its own members – to reform the principles amid criticisms that they are no longer fit for purpose as a sustainable framework.

Last month, RI reported that an investor statement led by Boston Common Asset Management, the US SRI specialist, was being prepared calling for improvements to the principles.

In May, 10 EP member banks – including ABN Amro, BNP Paribas, Credit Agricole and Natixis – wrote to the UK-based body calling for “a significant improvement” to avoid risks from projects where the principle of free, prior and informed consent (FPIC) of indigenous peoples has not been applied.The banks cited reputational damage some banks, and the Equator Principles themselves, suffered due to a lack of “leverage” offered by the sustainability standards in relation to a recent “project located in a Designated Country”– believed to be the controversial Dakota Access Pipeline project in the US.

Dutch-based campaign group BankTrack had said that without reform the principles’ reputation as a “global sustainability gold standard” could be undermined.

“The debate on sustainable finance has moved on”

In its statement, the EPA has now tacitly acknowledged this criticism, stating that since its last review in 2013 “the debate on sustainable finance has moved on”. It cites the implications of the Paris Agreement and the Financial Stability Board’s Task Force on Climate-Related Financial Disclosures (TCFD) as illustrative of this new sustainability landscape.

The review is expected to last 18 months, after a “brief scoping period within the Steering Committee”, which is chaired by Nigel Beck, Standard Bank’s Global Head Environmental & Social Management, Corporate & Investment Banking.

Whilst the review is underway, the EPA will in the interim publically release a “clarification note” on some specific aspects regarding application of the EPs in Designated Countries.