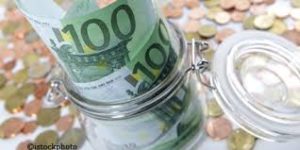 It marks a departure from the original text proposed by the European Commission, the executive arm of the European Union, for the revision to the directive formally known as the Institutions for Occupational Retirement Provision (IORP).

The directive came into force in 2003 after a long gestation period and the Commission was using its revision, known as IORP2, as a way to feed into the broader long-term investment agenda, specifically its Green Paper on long-term financing of the European economy. There are 125,000 IORPs operating in the EU with combined assets of around €2.5trn.

The revised IORP proposal was issued in tandem with the Commission’s roadmap to meet the long-term financing needs of the European economy, saying “new rules on occupational pension funds (IORP 2) should contribute to more long-term investment”.

An element of the proposal was how it fitted in with “enhancing the wider framework for sustainable finance”alongside the revision to the Shareholder Rights Directive and corporate governance reporting.

It was also hoped it would encourage occupational pension funds “to invest long-term in growth-, environment- and employment-enhancing economic activities” by removing investment restrictions.

The process started about a year ago; the Commission’s text stated IORP members should be informed about “how environmental, climate, social and corporate governance issues are considered in the investment approach”. And risks should be evaluated to “include new or emerging risks relating to climate change, use of resources and the environment”.

But the new draft produced by Brian Hayes, the Irish MEP who is the ‘rapporteur’ for the directive at the Parliament’s Committee on Economic and Monetary Affairs (ECON), omits these specific references, reflecting his objective to focus instead on improving the Internal Market for IORPs and workers’ access to workplace pensions. He has said he is committed to getting the legislation adopted by early 2016.
Link to ECON draft reports.