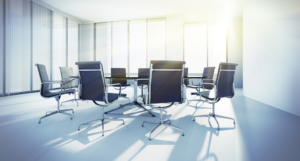 This proxy season looks set to be a blockbuster one for shareholder proposals on environmental and social issues, with 100 more being filed this year compared with the same point last year, according to the Sustainable Investments Institute (Si2).

Heidi Welsh, Executive Director at the Washington-based nonprofit told RI that last year it was tracking 435 shareholder proposals and currently it is following around 534.

The 23% rise in filings is likely due to the shift at the US Securities and Exchange Commission (SEC) under the Biden presidency. In November, the powerful financial regulator issued new guidance on its interpretation of rules used by companies in recent years exclude shareholder proposals on ESG issues, particularly emissions reduction targets, from going to the vote. The intervention from the regulator last year tipped the balance of power back towards investors, bolstering their ability to challenge companies.

Gap between big US and European managers on director votes at CA100+ US targets, research reveals

While the number of proposals is ramping up, there is evidence that European investment managers are leading their US peers when it comes to voting against directors at big US emitters, an analysis of voting practices of the largest Climate Action 100+ (CA100+) members has revealed.

Based on analysis of voting at 43 US companies – regarded by CA100+ as among the most systemically important emitters – US nonprofit Majority Action found that European giants Aviva Investors, Amundi and Legal & General Investment Management (LGIM) voted against 43%, 34% and 20% of directors, respectively, at the companies where they had voting rights.

This contrasts with the voting actions by US peers like BlackRock, JP Morgan Asset Management, Nothern Trust Asset Management and State Street Global Advisors which supported over 92% of directors at the companies they owned.

Overall, the report, which looked at the voting of 75 of the largest investor members of CA100+, demonstrates directors at the companies are still receiving significant support, despite performing poorly against the initiative’s own benchmark.

For instance, it found that the majority of CA100+ investors it assessed voted for every single director at more than half of the 23 target companies which had not achieved full compliance with any of the indicators set down in the CA100+ Net Zero Company Benchmark.

Two of the worst performers on director votes were HSBC Asset Management and Fidelity International, with Majority Action finding that they both supported all directors at the 40 and 36 companies they voted at, respectively. This excludes votes at Procter & Gamble and Exxon, which were treated separately in the report.

HSBC AM, which was one of the first members of CA100+ when it launched in 2017, did not respond to a request for comment on the report.

A spokesperson for Fidelity International highlighted the fact that it supported the “vast majority” of climate-related shareholder proposals at US CA100+ companies last year. They added that “while we remain convinced of the effectiveness of shareholder resolutions, last summer we launched our new voting policy, setting out our intention to begin voting against directors at companies that we believe are failing to address climate change risks and opportunities.”

Another notable report finding was that of the 36 investors whose voting Majority Action had access to, only investment giant Northern Trust voted against all four of dissident ‘climate competent’ directors put forward by Engine No.1 at Exxon last year.

Northern Trust told RI that it “withheld votes from multiple directors on the management slate” at the oil giant and added that it supported “all climate-related shareholder resolutions brought to a vote at ExxonMobil’s 2021 annual meeting”.

Majority Action has called on CA100+ to make it a requirement that members of the initiative promptly and comprehensively disclose their proxy voting after it found that just shy of a third of CA100+ investors failed to disclose their “firm-level proxy voting performance in a way that would allow their performance to be analyzed and evaluated.”

Stephanie Maier, Chair of the CA100+ steering committee and Global Head of Sustainable and Impact Investment at GAM Investments told RI that there “has been notable progress in recent years, but there undoubtedly remains much to do if CA100+ investors are to achieve what no other initiative has been able to do: rapidly move the largest emitting companies towards a net zero future.”

The Office of the New York City Comptroller, which oversees the City’s five public pension funds, has withdrawn its proposal at Dominion Energy, which called on the US utility to align its capital expenditure with its “anticipated” emissions reduction targets. New York City is a member of CA100+ and Dominion is a target of the initiative. RI understands that the proposal was withdrawn after the company agreed to enhance its disclosure.

US banking giants are once again being challenged over climate change this proxy season, with proposals on ending fossil fuel financing or aligning it with 2050 Net Zero scenarios being filed at Bank of America, CitiGroup, Morgan Stanley and JP Morgan Chase.

Last year, Bank of America, CitiGroup, JP Morgan Chase, Goldman Sachs and Well Fargo all avoided proposals, filed by US non-profit As You Sow, asking for disclosure on how they intended to reduce their financed emissions in line with a 1.5°C temperature rise after each made a 2050 Net Zero commitment.

A similar proposal was withdrawn the year before too at Wells Fargo, Morgan Stanley, Goldman Sachs and Bank of America after they made commitments on testing and measuring the footprint of their financed emissions.

JP Morgan Chase, the world’s largest fossil fuel financier, was the only bank targeted by As You Sow that year which didn’t make a commitment to measure and disclose emissions – the proposal achieved 49.6% support.

JP Morgan Chase, Morgan Stanley and CitiGroup are all seeking to avoid climate proposals filed at them this year via the SEC’s ‘no action’ process, the mechanism by which companies seek permission from the regulator to exclude a proposal from going to the vote.

Like JP Morgan, Citigroup and Morgan Stanley are seeking to exclude the proposals on basis of the Ordinary Business rule. The proposal at Citigroup was co-filed by US SRI firm Boston Common Asset Management and the one at Morgan Stanley was put forward by US nonprofit the Sierra Club. Bank of America is the only of the quartet not seeking to exclude the fossil fuel financing proposal put forward by Boston-based SRI firm Trillium Asset Management.

Like the US banks, big insurers are also being challenged on their fossil fuel financing this year, with proposals being filed at The Hartford Financial Service Group, Chubb and Travellers – all asking for the insurers to align their financing with either the Paris Climate Accord, a 1.5°C temperature rise or the IEA’s 2050 Net Zero scenario, which precludes any new fossil fuel extraction. Five proposals on the issue have been filed at the trio by US-based Green Century Capital Management and As You Sow. The insurers are seeking to exclude them all, arguing variously that they have substantially implemented the proposals, that they fall foul of the Ordinary Business rule or that the proposal duplicates another.

But it is not just climate change that Travelers is being challenged on this year. The insurance giant is also facing two proposals on its civil rights impacts: One proposal filed by US activist investor Arjuna Capital is asking the company to report on how it ensures that its insurance offerings – particularly its provision of “law enforcement liability insurance” – “reduce and do not increase the potential for racist police brutality, nor associate our brand with police violations of civil rights and liberties.”

In its bid to exclude Arjuna’s proposal, the company is appealing to SEC rule Rule 14a-8(i)(5) which allows a resolution to be excluded if it relates to an aspect of the business accounting for significantly less than 5% of the company’s assets.

This argument was successfully used by Chubb last year to avoid a similar proposal, also filed by Arjuna. Since then, however, the SEC has issued new guidelines on this rule which states that proposals which raise “broad social or ethical concern related to the company’s business may not be excluded, even if the relevant business falls below the economic thresholds.”

The other civil rights proposal filed at Travelers calls on it to undertake an independent racial justice audit – a proposal that garnered significant support last year at several firms and prompted a number of them including Citigroup and BlackRock to commit undertaking such audits.

Trillium is behind the audit proposal at Travelers. The insurer is seeking to exclude it using several arguments, including an appeal to the Ordinary Business rule, but given the SEC’s support for it last year, it seems unlikely to work.

Packaging proposal at US food giant Tyson fails to get majority support, despite backing from big investors

Last week, a proposal at Tyson Foods on ramping up the US meat giant’s efforts on sustainable packaging was supported by 59% of independent shareholder, but just 13% overall. Backers of the resolution, which was put forward by Green Century, included big investors, such as APG, the manager of the €530bn Dutch civil service pension fund, ABP; Californian pension fund giants CalPERS and CalSTRS; NBIM, manager of Norway’s trillion-dollar sovereign wealth fund; The Office of the New York City Comptroller; and Dutch investor PGGM.