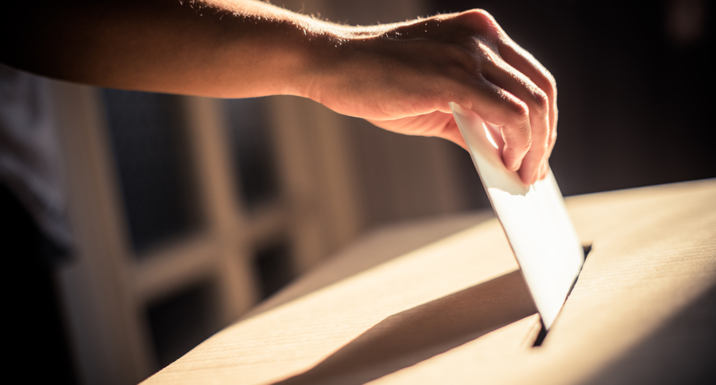 Big US public pension funds are split on the pioneering climate proposal being put to Swiss banking group Credit Suisse on Friday, with New York City’s funds supporting the Amundi-backed proposal and CalPERS opposing it.

The Office of the New York City Comptroller, Brad Lander, which oversees the city’s five pension pots, has disclosed that it will be voting in favour of the resolution, the first climate-focused one put to a Swiss company. It requests that climate disclosure and strategy be added to the bank’s articles of association.

A spokesperson for the Office of the New York State Comptroller, Thomas DiNapoli, hinted that the $279 billion public pension fund it oversees would also support the resolution at the Swiss bank. They told RI that the fund is “generally supporting these resolutions at financial institutions”.

Californian pension giant CalPERS, by contrast, has disclosed that it will oppose the proposal, which was coordinated by UK campaign group ShareAction and Swiss sustainable investment body Ethos. A spokesperson for CalPERS declined to comment.

Momentum for the proposal ahead of the vote at the Zurich-based bank is building, with Reuters reporting that managers including Legal & General Investment Management and Aviva Investors are among a 31-strong investor group, representing more than $5 trillion, who have pre-declared their support for the proposal.

Credit Suisse had attempted to counter the proposal by offering investors an advisory vote on its climate plan next year instead – although large companies in Switzerland will be required under new laws to disclose their climate plans and performance from 2024.

Barclays, NatWest, Standard Chartered and UBS are among the banks already offering shareholders a ‘Say on Climate’ vote. UBS’s plan achieved 77.7 percent support earlier this month, the lowest level of support to date for such a vote.

The proposal at Credit Suisse would require it to annually disclose in its management report progress towards aligning its financing with the Paris Agreement, including the short, medium and long-term steps it plans to take to reduce its exposure to fossil fuel assets.

Credit Suisse has said that it “agrees with the objectives of the proposal” but opposes it as such disclosures “do not require an amendment to our Articles of Association”, which do “not include information about specific disclosures, unless required by law”.

But environmental law firm Client Earth has issued a rebuttal, arguing that “[c]ontrary to management’s recommendation, the proposed amendment to Credit Suisse’s articles is… an entirely appropriate use of shareholders’ rights to direct the bank’s approach to climate disclosures”.

Shifting to US banks

Yesterday, three proposals calling on US financial heavyweights to align their fossil fuel financing policies with achieving net-zero emissions by 2050 went to the vote at Citigroup, Bank of America and Wells Fargo, achieving support of just 12.8 percent, 11 percent and 11 percent, respectively.

The tallies, however, do mean that the proposals can be refiled next year. Under the US Securities and Exchange Commission’s (SEC) new threshold rules – introduced by the regulator under President Trump’s administration and still subject to a legal challenge – a shareholder proposal must achieve more than five percent in its maiden outing to be refiled the following year.

Earlier this month, New York State publicly called on shareholders to back the proposals and three more at JP Morgan, Goldman Sachs and Morgan Stanley.

The fund has now also confirmed that it will support upcoming proposals filed at Chubb, Travelers and The Hartford, asking the US insurers to align their fossil fuel underwriting with the IEA’s 2050 net-zero scenario, which makes it clear that there is no room for fossil fuel expansion.

“When managers of large pension funds such as the [New York State] Common Retirement Fund pre-declare their support, they can sway other big pension funds and asset managers to vote in favour of our proposals,” said Andrea Ranger, shareholder advocate at filer Green Century.

The SEC has blocked the attempt by Mastercard to exclude a shareholder proposal asking the US financial services firm to report on risks associated with its provision of payment services for the sale and purchase of “untraceable firearms”, including so-called “ghost guns”.

Mastercard had attempted to omit the proposal, which was filed by the public pension fund for the US state of Rhode Island, unsuccessfully arguing in its ‘no action’ request that it fell foul of the SEC’s rule on ordinary business. But last week, the regulator said that in its view the resolution “transcends ordinary business matters”.

The issue of so-called ghost guns is facing increased scrutiny from both US lawmakers and investors in the country. Earlier this month, RI reported on engagement being undertaken by Californian pension giant CalSTRS and the recent passing of a rule by the US Department of Justice designed to curb the proliferation of such weapons.

Rhode Island State Treasurer, Seth Magaziner, who oversees the state’s public pension fund, told RI this month: “There is a growing epidemic of gun violence and prohibiting ghost guns and assault weapons is a common-sense action we can take to help prevent mass shootings and firearm-related deaths”.

South Africa’s largest banking group, Standard Bank, has agreed to table a climate proposal at its upcoming annual general meeting after agreeing on the wording of the resolution with co-filers, non-profit Just Share and Aeon Investment Management.

The non-binding advisory resolution requests that the bank, over a three-year timeframe, provides shareholders with increasingly detailed information about its financed emissions from oil and gas.

Last month, Standard Bank, which has refused to table climate proposals in the past, published its climate policy in response to pressure from Just Share and investors.

The new proposal also requests that the bank, by March 2025, update its climate policy to include short, medium and long-term targets for reducing these financed emissions, on a timeline aligned with the Paris Agreement.

Around a third of investors in SVB Financials supported a racial justice audit proposal at the US banking group last week. The significant support for the proposal, which was filed by US SRI firm Trillium Asset Management, is further evidence that racial justice is rising up the agenda of mainstream investors. Last month, a civil rights audit proposal at Apple was backed by 53 percent of shareholders, the first time such a proposal has received majority support at any large company.

Another proposal calling on US weapon manufacturer Lockheed Martin to produce a report on its human rights impact was supported by around 20 percent of investors last week, down from 30 percent support for a similar proposal last year.