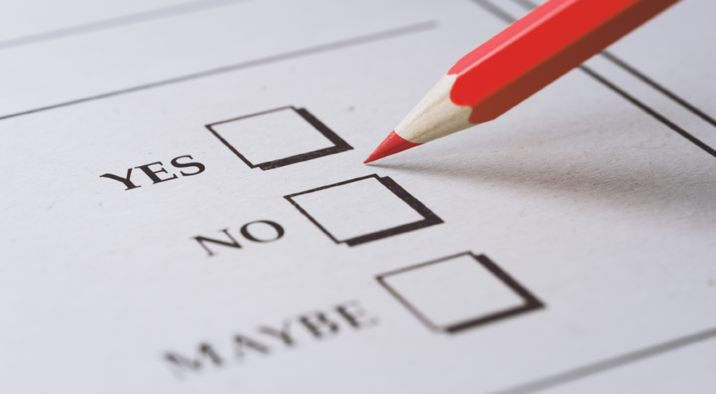 More than a fifth of UBS shareholders rejected the Swiss banking group’s climate plan yesterday – which Responsible Investor understands is the largest proportion to oppose a ‘Say on Climate’ vote put forward by a company.

UK-based campaign group ShareAction described the 77.7 percent support as “embarrassing for the bank” on Twitter.

UBS is one of a growing number of firms offering shareholders an advisory vote on their climate transition plans, following the launch of a high-profile initiative by Chris Hohn and his UK hedge fund The Children’s Investment Fund (TCI) in 2020.

Since Georgeson put out its research, however, there have some been significantly lower tallies. In November, just 84.9 percent of shareholders backed a proposal from Anglo-Australian miner BHP.

Influential proxy advisers ISS and Glass Lewis were split on BHP’s climate plan, with the former giving it “qualified support” and the latter opposing it over the company’s “lack of science-based targets and its Scope 3 emissions reduction initiatives”.

Reuters reported that the advisers also disagreed on UBS’s plan, with Glass Lewis recommending investors abstain over a lack of disclosure concerning governance of the vote and ISS supporting it.

The advisory service of the Ethos Foundation, the Swiss sustainability body made up of country’s pension funds, recommended a vote against UBS’s plan. Ethos CEO Vincent Kaufmann told RI that among the reasons for its position was that the bank’s emission targets covered less than 50 percent of its lending portfolio.

UBS had not commented on the result at the time of writing.

Staying with Say on Climate votes, Friday will see mining giant Rio Tinto put its own to shareholders.

Unlike with BHP, Glass Lewis is recommending support for Rio Tinto’s climate plan. The firm cited BHP’s lack of third-party verification for emission reduction targets in its decision to oppose. On Rio Tinto, the proxy adviser highlighted that the miner had “received third-party assurance on its GHG emissions”. “We do not have any significant concerns with respect to the content of the company’s climate policy or its existing climate strategies and disclosures,” it stated.

In the company report, however, Glass Lewis raised general concerns about advisory votes on companies’ climate plans. “Fundamentally,” it stated, “we are concerned that proposals seeking approval of a company’s climate strategy challenge a basic premise of corporate governance, which dictates that shareholders should elect the board and that the board should oversee management and the execution of the strategy of a company.”

Concerns about Say on Climate votes have previously been raised by representatives of US pension fund giants. Anne Simpson, then director for board governance and sustainability at CalPERS, and Michael Garland, New York City’s assistant comptroller and head of corporate governance and responsible investment, warned that the initiative was doomed to repeat the mistakes made by Say on Pay. Garland predicted that, as with pay, climate votes would pass with over 90 percent support, serving simply to “rubber stamp the status quo”.

Responding to Glass Lewis via email, Michael Hugman, director of finance – climate at the Children’s Investment Fund Foundation (CIFF), told RI that it is “unheard of for institutional asset owners and managers to vote out boards for failure on climate and sustainability issues”. The Engine No.1 campaign against Exxon, which saw three dissident “climate competent” directors voted onto the board, was “an exception, driven by a dedicated activist”, he added.

Hugman said shareholders must provide feedback to boards on policies, “which are key for the future of companies and society”. Say on Climate, he continued, “provides a transparent mechanism for that feedback as part of a broader engagement strategy”.

Hugman also pointed to the backing of “serious investors” for the initiative, such as Legal & General Investment Management and Allianz Global Investors. “Some investors and proxy advisers – particularly in the US – do not want that transparency because many companies they own are not taking action, as shown by the recent CA100+ net-zero company benchmark update,” he added.

The US Securities and Exchange Commission has thwarted attempts by State Street and BlackRock to exclude shareholder proposals calling on the investment behemoths to take greater account of wider market impacts in their ESG stewardship efforts.

Both proposals were filed by US nonprofit The Shareholder Commons (TSC). State Street was asked to report on how clients with diversified portfolios are affected by the manager’s focus on ESG in relation to individual portfolio companies’ financial performance – “but not the effect that portfolio company activities have on overall stock market performance through their impacts”.

The regulator rejected State Street’s “no action” requests – the mechanism by which companies seek permission from the SEC to exclude shareholder proposals – and highlighted the contradiction in the manager’s argument. State Street had claimed that the proposal would cause the firm to violate federal or state law while at the same time indicating that it had already substantially implemented it.

The proposal at BlackRock is even more progressive. It calls on the world’s biggest asset manager to adopt stewardship practices that “curtail corporate activities that externalise social and environmental costs that are likely to decrease the returns of portfolios that are diversified… even if such curtailment could decrease returns at the externalising company”

According to documents seen by RI, the SEC rejected BlackRock’s argument that the proposal would require them to violate federal law, that it was vague and indefinite or that it touched on matters relating to ordinary business.

Tax proposal to go to the vote at Amazon

Last month, a $3.5 trillion consortium of investors, including Storebrand Asset Management, Robeco, Royal London Asset Management and Nordea, wrote to the chair of the SEC, Gary Gensler, urging the regulator to require Amazon to include the vote on tax transparency at its upcoming annual general meeting in May.

The proposal, filed by the Greater Manchester Pension Fund and the Oblate International Pastoral (OIP) Investment Trust, asks Amazon to issue a tax transparency report based on the Global Reporting Initiative’s Tax Standard.

Amazon, which has been criticised over tax transparency, unsuccessfully challenged the proposal via the SEC arguing that the resolution touched upon ordinary business and was therefore excludable under the rules governing the process.

Both Danish pension fund AkademikerPension and the Ethos Foundation have pre-declared their intention to vote in favour of the proposal.