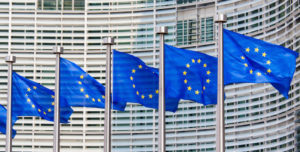 The European Securities and Markets Authority (ESMA) is in favour of considering the UN Sustainable Developments Goals (SDGs) as an “underlying anchor” for the ESG standard-setting process the IFRS Foundation might start in the near future.

ESMA said it is important that corporates claiming to be aligned with the SDGs provide disclosures on data points that provide comparable information on how progress is made towards them.

ESMA said: “We note that the SDGs still represent a framework to which several pieces of sustainable finance legislation may be linked, such as the Taxonomy Regulation in Europe. This link, in our view, is of relevance also for investors and therefore should be carefully considered by the IFRS Foundation.”

ESMA reiterated that EU legislation requires this double-materiality perspective, adding: “the complexities associated with combining financial materiality with a broader materiality concept would not lengthen the standard-setting process substantially and can be overcome by promoting a strong cooperation amongst the major international standard-setters and framework providers in this field.”

ESMA agreed with the IFRS consultation that the future standards can be built “on the work already done by major players in this area, such as TCFD, CDP, CDSB, GRI and SASB.”

The IFRS Trustees, however, have proposed as a preferred option setting up a Sustainability Standards Board (SSB) that would initially focus on climate risk and other material financial issues for investors and market participants.

The regulator said: “the COVID-19 pandemic as well as public calls in relation to racial discrimination and gender inequality have put at the centre of the stage the social dimension and the relevance of the associated disclosures”.

“ESMA therefore believes that it is important that the SSB works since the outset on covering the entire spectrum of the ESG space.”

Meanwhile, Denis Beau, First Deputy Governor of the Bank of France expressed regret in a speech this week that the current state of disclosures of non-financial information “is neither developed nor standardised enough” for financial institutions to control the physical and transition risks posed by climate change.