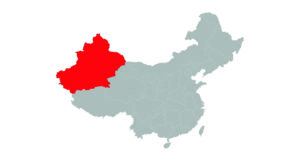 Major Dutch pension funds have exited Chinese companies allegedly “involved in the oppression of minorities in Xinjiang”, according to investigative journalists in the country.

Netherlands-based group Follow the Money (FTM) said yesterday that Pensioenfonds Detailhandel, SPW, ABP and The Pensioenfonds Metaal & Techniek (PMT) has sold holdings in a number of firms implicated in the abuse of Uyghur Muslims in China.

Pensioenfonds Detailhandel, the retail trade pension fund, has reportedly “withdrawn from three of four dubious companies” identified by FTM. The companies were not named in the coverage, but the outlet plans to launch an “extensive story” on the issue over the weekend. It says Pensioenfonds Detailhandel “still has an interest [in the remaining company] that was worth more than €300,000 at the end of 2020”.

RI contacted Pensioenfonds Detailhandel for comment, but it had not responded at the time of publication.

APG, which runs investments for both ABP and SPW, confirmed it had divested both pension pots from “the dubious companies found by FTM” earlier this year. ABP’s investments in three of the firms totaling €67.5m at the end of 2020.

Controversy surrounding human rights abuses of Uyghur Muslims in the Xinjiang region has risen up the international agenda in recent years, on the back of sanctions from the US, EU, UK and Canada. Retailers like Marks & Spencer have already promised to cut all ties with suppliers implicated in related forced labour.

Both ABP, the €458bn government and education employees fund, and healthcare workers’ fund PFZW, came under fire from campaign group Justice For Myanmar in March for allegedly investing $2bn in companies with alleged links to Myanmar’s military.

A military coup in Myanmar in February sparked international outrage, as democratic institutions and processes were shut down, media outlets closed, elected leaders arrested and more than 500 civilians killed.

APG told RI at the time that it “actively engaged with a number of these companies” on behalf of ABP.

PMT, the pension fund for the metal and technical sectors, told FTM “it has stopped all investments in Chinese state-owned companies”. A spokesperson told RI that this was a result of its investment policy regarding emerging markets equities that was created in 2018 and implemented last summer.

In addition, PMT no longer invests in “companies of which the Chinese state owns 10% or more”. However, a spokesperson told FTM this is “not a specific new China policy, but a step that affects China considerably”.

The Dutch pension funds are not the first to take action regarding China. Earlier this year nearly 60 institutional investors, including Storebrand Asset Management in Europe and Boston Common in the US, got together to announce they were seeking to address “egregious human rights risks” in their portfolios over companies’ potential ties to the Xinjiang region.

Coordinated by the Interfaith Centre on Corporate Responsibility’s Investor Alliance for Human Rights, the $4.4tn group wrote to more than 40 companies – including household names like Amazon, Google, Hugo Boss and Nike – asking them to map out business relationships in their supply chains and show how they are moving away from those linked to human rights abuses. The letters also requested more public disclosure, including on how the firms are working with affected people to seek remedy.

There has been a swathe of announcements this week on ethical divestments. Yesterday RI reported that Norges Bank had axed two companies from the Government Pension Fund Global over their activities in Israel, and a third regarding alleged human rights abuses in factories in Myanmar.

RI also reported that the latest available data from Market Screener suggests that Sweden’s €39bn pension fund Andra AP-fonden (AP2) and Northern Trust Global Investments have exited, or at least sold down, their stakes in Posco International following accusations it had “direct and long-term relationship with the Myanmar military or military-controlled businesses”.