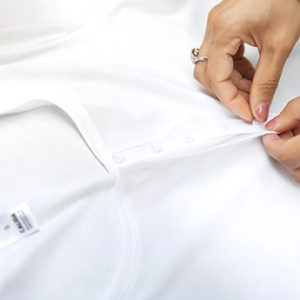 Felix Sulzberger, a former chief executive of Swiss apparel firm Calida who completely turned the company around during his 15-year tenure, has lost a bid to continue at Calida as a board director – and this despite the backing of influential Swiss proxy firm Ethos.

At the firm’s annual general meeting on April 22, Sulzberger was denied election to Calida’s board, winning only 40% of the shareholder vote. The main reason for his defeat was the Kellenberger family, which founded the firm and still has 35% of Calida’s voting rights.

It’s latest episode of institutional investors running up against entrenched family shareholdings in Switzerland in the wake of the boardroom feud at industrial group Sika.

Sulzberger stepped down as CEO of Calida in March, citing strategic differences with the Kellenberger family. Although Sulzberger wanted Calida to continue growing via acquisitions, the family preferred that the Lucerne-based firm focus on organic growth and consolidating the several clothing brands acquired during Sulzberger’s tenure.

Sulzberger left a firm that went from a loss of CHF40m (€36.4m) in 2001, the year he took over as CEO, to one that earned CHF17m in 2015 on CHF359m in sales. But, he agreed to stand as a Calida board director after getting public support from Ethos and Micalux, a Luxembourg-based investor group that is Calida’s second-biggest shareholder with 16% voting rights.

Ahead of the AGM, Ethos gave several reasons for why it supported Sulzberger’s election to Calida’s board.Beyond his success as CEO, Ethos noted that there were several outstanding issues like the absorption of French clothing firm Lafuma that he could help close.
“It is very important to Ethos that Sulzberger become a board member so he can advise his successor as CEO, Reiner Pichler. Not only would this ensure a smooth transition but Calida would continue to profit from his expertise in the textile industry,” the proxy firm said in a statement. Ethos represents the interests of 220 pension schemes and foundations that own CHF37bn worth of Swiss shares.

Speaking before the vote on his directorship, Sulzberger said it was important for him to serve because, without him, Calida’s board lacked the know-how to steer the firm’s management. “Do you really want to give Calida back to a board that, in 2001, asked me to turn the company around?” Blick newspaper quoted Sulzberger as saying.

He took particular aim at Chairman Thomas Lustenberger, saying that the Chairman lacked the necessary independence. According to Swiss news reports, Lustenberger’s law firm advised the Kellenberger family earlier this year on a possible sale of its controlling stake in Calida.

Yet despite what was described as an emotional appeal, Sulzberger lost the vote on his directorship and two other candidates backed by the Kellenberger family were elected.