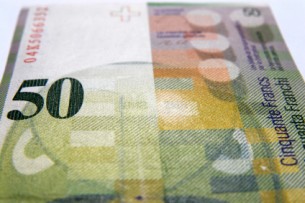 The Ethos Foundation, the group composed of 115 Swiss institutional investors, has issued a call for sweeping reform of the country’s corporate governance practices in the wake of ballooning executive pay.
Despite an increase in the amount of companies establishing a “say-on-pay” vote many still refuse to do so, Ethos says – arguing that self regulation of executive pay is not working.
“Our laws, codes and directives are no longer adapted to the current situation with regard to executive remuneration,” said Ethos’ Executive Director Dominique Biedermann. “It is therefore urgent to proceed with the revision of Swiss company law, the Swiss Code of best practice, as well as the Directive on Corporate Governance of the SIX Swiss Exchange.”Ethos’ annual survey of executive pay found that pay for executives and directors of financial firms rose by 8% in 2010 while it was stable in other sectors.
The pay in the financial sector was almost twice as high as in other industries, the report found. Finance executives were paid an average CHF4.7m (€3.9m), compared to CHF2.5m elsewhere. And finance CEOs’ base salaries rose 66% on average.
There was more opposition to remuneration reports at Swiss companies’ annual meetings as well, Ethos reported. The rate of opposition rose to 16% from 11% in 2010. One highlight was that for the first time ever a remuneration report failed to gain investor approval. The Weatherford International report had just 44% support.