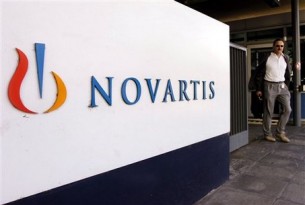 Ethos says it essentially gives the company’s board – facing investors at an AGM in Basle today (February 27) – a “blank cheque” to continue overpaying executives. Ethos has urged shareholders to reject the proposal.

Under Minder, which became law last year, listed Swiss companies must allow shareholders to take binding votes on total compensation for management executives and board directors. Novartis is enabling this by asking shareholders to vote on a corresponding amendment to its articles of association. It is the fifth item on the agenda.

Ethos argues, however, that Novartis’ proposal undermines Minder by asking shareholders to approve ceilings on fixed and variable executive pay in advance.

Ethos points out that Novartis’ proposal would enable the company to pay its executives annual bonuses of up to CHF23m (€21.5m) between 2016 and 2018.“That constitutes a blank cheque given to Novartis’ board and is clearly in contradiction to the spirit of the Minder initiative which wanted shareholders to approve the actual remuneration paid out,” the proxy firm added.

A Novartis spokesman disagreed with the notion that the company’s proposal contradicted Minder. “Minder requires shareholders to vote on total levels of compensation but does not specify when. That is our interpretation which clearly contrasts with that of Ethos,” he told Responsible Investor.

Ethos’ analysis of Novartis’ executive pay system, though, did welcome better alignment of variable compensation with performance as well as greater transparency of the remuneration report.

Unlike Ethos, Calvert Investments and Trillium Asset Management, are planning to vote for Novartis’ Minder proposal at the AGM. Said the two sustainable asset managers: “A vote for this proposal is warranted because…the articles appear to be in shareholders’ interest on balance.”

Due in part to Novartis’ efforts to make variable executive pay more dependent on performance, Calvert, which manages $13.5bn (€12bn) in assets, will also vote for the company’s remuneration report for 2014. Trillium, meanwhile, plans to vote against it, because “total compensation to outside directors exceeds $100,000.”