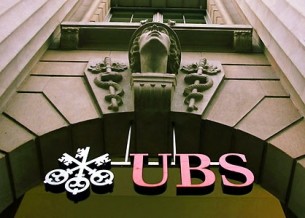 Swiss banking giant UBS is facing a shareholder revolt at its annual general meeting on April 14th, after Ethos, the influential Swiss sustainable investment group, said it would oppose its board remuneration report and maintain pressure on directors to seek redress for the crisis at the bank. Ethos, an 84-member group comprised mostly of Swiss pension funds, said it also planned to reject a UBS proposal to appoint Lufthansa chief executive, Wolfgang Mayrhuber, to the board. Ethos said Mayrhuber already holds four directorships in large listed companies in Germany and the USA: BMW, Munich Re, Fraport and Heico Corp. On the remuneration issue, Ethos said UBS had modified a pay structure that was approved by 87.7% of shareholder votes at last year’s AGM by introducing a second share incentive plan which gives a minimum payout regardless of performance and allows the doubling of the maximum cash payout of the bonus. Ethos said it “strongly regrets” that the pay system approved last year has not been respected. UBS said the vote on pay at last year’s AGM was “non-binding and advisory in nature”. Significantly, Ethos said it would vote against a proposal by UBS to ‘discharge’ its current directors from any role in the crisis that led to UBS being bailed out by the Swiss state.Under the Swiss Code of Obligations, shareholders are asked to release board members from liabilities during the year under review. Shareholders that grant the discharge lose their right to file future claims against board members.
While the UBS board has been completely reshuffled since the financial crisis, Ethos said the current board’s decision not to take legal action against former directors and managers was “questionable given the egregious business losses and serious damages in terms of reputation”. Ethos said: “In light of the board’s heavy responsibility for the enormous losses realised in recent years and the ongoing sensitive tax issues with the USA as well as the board’s decision not to file claims against former executives, Ethos recommends that shareholders do not grant the discharge for the years 2007, 2008 and 2009.” Ethos said it would also oppose “any unannounced additional proposals” made during the AGM.
Significant shareholders in UBS, include Singapore’s Government Investment Corp. with just over 6% of shares, the Capital Group (4.7%) and BlackRock (3.45%).
Link to Ethos’ UBS proxy analysis: