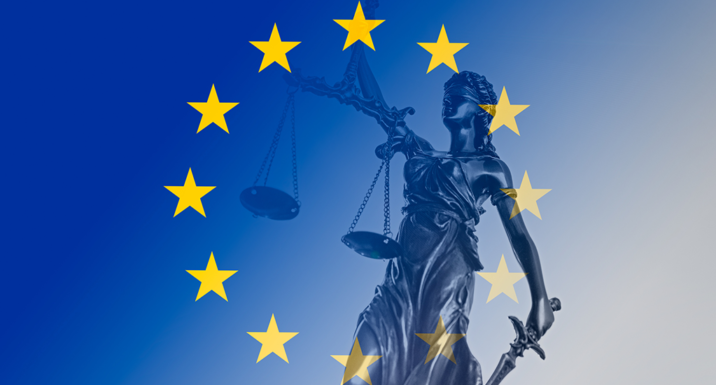 The group of independent advisors in charge of drafting a final proposal for an EU Social Taxonomy has overhauled parts of its proposed structure in an attempt to make it more compatible with the existing green counterpart, according to a leaked copy of its upcoming report seen by RI.

The intended purpose of the proposed social taxonomy – just like the environmental – is to establish a comprehensible and shared way of defining what a socially sustainable activity or company is.

The EU Platform on Sustainable Finance – a group of 57 market participants, sustainability experts and public agencies convened by the European Commission to steer the evolution of the EU Taxonomy – is working on a final report with recommendations to the Commission for how a Social Taxonomy could work.

RI has seen a leaked copy of the report, which is intended to be published on February 28th, although it was originally expected in November.

The leaked document explains that the platform has focused its work “above all” on the present structure of the environmental taxonomy in response to public feedback on its previous report, which “highlighted that market participants expected a common structure for social and environment…[and] concern of increasing the administrative burden [if they weren’t]”.

This means that the previously proposed structure – centered around two dimensions: a horizontal dimension of processes to implement human rights and a vertical dimension of products and services for human needs – has been dropped. The document explains these plans have been “collapsed” into a single structure with three objectives: providing decent work (including value chain workers), adequate living standards and wellbeing for end users, and inclusive and sustainable communities and societies.

“A future social taxonomy should be centered around these three groups of stakeholders to whose lives and livelihoods economic activities can make a positive contribution,” the report says. “The differences between horizontal and vertical is now spelled out in creating different kinds of substantial contribution.”

The previously proposed structure triggered criticism from a number of market participants, as reported by RI. For example, strategic advisory company, PlusValue deemed the distinction between the two as “artificial and overcomplicated without any apparent gain.”

In another sign of the Platform pushing for alignment between the two taxonomies, the reports recommends that it should be considered that activities which are described as harmful in the environmental taxonomy – such as coal fired power generation – will also be excluded from the social taxonomy.

However, there is a key difference between the pair’s structures. While the green taxonomy is centered around six environmental objectives, the Platform suggests including sub-objectives spelling out different aspects of its three main social objectives. Such sub-objectives include, for example, taking immediate and effective measures against child labour, equal employment opportunities for women, improve access to drink water of good quality, and carrying out meaningful consultations with affected communities.

Just like the green counterpart, activities will be deemed in line with the social taxonomy if they make a “substantial contribution” to these objectives.

The report added further work needs to be done on whether and how criteria for substantial contribution (SC) can be worked out for the different sub-objectives. For now, it suggests three types of SC: the avoidance or address of negative impact, enhancing the inherent benefits of social goods, services and basic economic infrastructure, and enabling activities which enable other activities to provide social benefits.

Activities to be included in the social taxonomy could be based, for example, on sectors being deemed high risk to any of the sub-objectives; sectors being deemed relevant to the Universal Declaration of Human Rights and International Covenant on Economic, Social and Cultural Rights; and those providing basic economic infrastructure – such as transport and telecoms. Meanwhile, activities such as social audits could fall into the remit of enabling activities.

The leaked document also shines some light, for the first time, about the Platform’s ideas for disclosures under a social taxonomy.

The report suggests equity funds would need to disclose the percentage of a fund that complies with the social taxonomy, and a breakdown for each social objective. Fixed income funds would be covered by the same rules, but also have to report on the percentage of the fund’s investments in social bonds aligned with the Taxonomy. Social bond issuers would need to explain how they are aligned with the taxonomy, and how proceeds have been allocated and to what extent they align.

Meanwhile, ideas on how some harmful or controversial activities should be dealt with in the social taxonomy appear to have been watered down from the earlier draft.

In addition, the following paragraph in the leaked report has seen all “woulds” in the previous draft changed to “coulds”: “If the social taxonomy follows this reasoning, significantly harmful activities could be those which are fundamentally and under all circumstances opposed to the objectives suggested in this text. There could be no way to make these activities less harmful.”

Although at first, this appears to be a slight change, the new wording may potentially allow for harmful activities – the report cites weapons and tobacco – to be included in certain circumstances.

In addition, the subsequent inclusion of a list of potential sources for identifying harmful activities – all of which relate to various weapons – has been negatively received by other media outlets. German newspaper Suddeutsche Zeitung wrote: “It lists in detail which types of weapons are critical, such as anti-personnel mines or cluster bombs. The consultants of the Commission do not want to declare all armaments companies to be socially unsustainable companies.”

However, another the section on the potential exclusion of weapons has arguably been strengthen with this additional paragraph: “Investment in other armaments which for example can easily be used by child soldiers or which is exported to conflict zones might be deemed socially harmful just as the development of lethal autonomous weapons without the possibility for meaningful human control.”

The place of the weapons industry in the taxonomy has – rather unsurprisingly – proven less than straightforward.

In an interview with the Börsen Zeitung in November last year, Hans Christian Atzpodien, Head of the German armaments industry body, said that the activities of arms manufacturers “make a fundamental contribution to sustainability”. Spokespersons for the ruling SPD and Green parties told German TV channel NTV that should not be included in the taxonomy, but a spokesperson for coalition partner the Free Democrats said that weapons companies should be treated exactly the same as other companies by banks, warning that they may decide to move their operations abroad, but said that they should not be included in the taxonomy.

The EU’s proposed Ecolabel was also targeted for labelling the industry harmful but a group of 145 French parliamentarians from both the ruling En Marche! party and opposition LR (Les Républicains) party in December.

Returning to the social taxonomy, the report concludes that the next steps will be to: clarify the minimum social safeguards, conduct a study on impacts of a social taxonomy considering different options of application and designs, working out the rationale for prioritization of objectives and sub-objectives, and defining the substantial contribution criteria and ‘do no significant harm’ criteria for the first objective(s).

In related social news, the Commission has told RI that the long waited – and much delayed – proposal on its sustainable corporate governance directive is currently planned for next week.