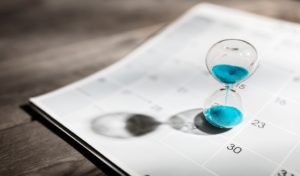 Plans to publish recommendations on how the European Commission should extend its taxonomy to cover environmentally harmful and ‘non-green’ transition activities are set to be delayed, the head of the advisory group has said.

The EU Platform on Sustainable Finance was slated to produce its final advice to policymakers by the end of the year, on the back of draft recommendations this summer that called for the creation of a ‘Significantly Harmful’ (SH) taxonomy with reporting requirements to be implemented by 2023.

The platform also recommended a third category of activities, capturing those that don’t cause significant harm to the EU’s environmental objectives but don’t meet the framework’s existing Taxonomy criteria for substantially contributing (SC) to them. This category would be called ‘Intermediate Performance’ and be amber-coloured under a proposed traffic light system proposed by the group.

Consultations on the recommendations, and proposals for a taxonomy of socially-beneficial economic activities, ran over the summer. The consultation on harmful activities consisted primarily of close-ended questions in a bid to ensure a final report would be delivered to the European Commission by the end of the year.

Speaking at a PRI webinar this week, he said: “We are working patiently, and we frankly have more work to do on that [than the social taxonomy], so I wouldn’t expect anything on it until the new year.”

He explained challenges revolve around issues such as how activities will be categorised, and the risk of unintentionally ‘blacklisting’ certain activities. “Everyone is concerned about how they might be categorised, but we need to find a way to make this work,” he said.

The Platform recommended the development of a ‘significantly harmful’ taxonomy in its July report to address concerns around the perceived binary nature of the existing taxonomy. Many have accused the framework of focusing too heavily on already-green activities, and implying that all other businesses hinder the achievement of the bloc’s Net Zero by 2050 goal. The Platform also claims that a broader taxonomy would help boost transition finance.

The European Fund and Asset Management Association (EFAMA) welcomed the proposal in its response to the summer consultation, which closed last month, saying: “By distinguishing significantly harmful activities that have the potential to transform and no longer cause harm, asset managers will be able to design better, bigger and safer decarbonisation financial products.”

Eurosif, Europe’s sustainable investment forum, echoed this point in its response. It said a taxonomy for harmful activities could help bring more transparency to financial markets, but cautioned that the ‘Intermediate Performance’ category would “cover a large set of activities with very diverse sustainability performance, thus potentially causing more confusion and increased risks of perceived greenwashing. Mitigating this risk would require more granular sub-categories that would probably need frequent updating, which would make the Taxonomy excessively complex.”

It also pointed out that the significantly harmful taxonomy is likely to be politically sensitive – signs of which are already emerging, with one Member of European Parliament recently objecting to the taxonomy’s climate rules, urging the Commission to “prevent an expansion of taxonomy to so-called harmful activities as this would hinder the transformation efforts of companies”.

With regards to the proposed Social Taxonomy, Fabian said the Platform will in the next couple of months release its final recommendations to the Commission. The intended purpose of a social taxonomy – just like its environmental counterpart – is to establish a comprehensible and shared way of defining what a socially sustainable activity or company is.