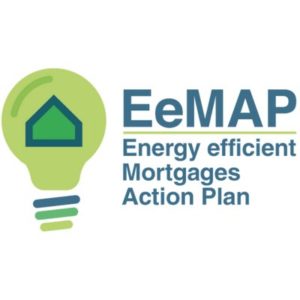 A consortium led by the European Mortgage Federation is calling for feedback on an EU-backed label for energy efficiency mortgages, which could form the basis of changes to capital requirements.

The project has the backing of some of Europe’s leading banks.

The group’s hypothesis is that energy efficient mortgages have a lower risk of default because they result in lower energy bills – and therefore higher disposable income – for the homeowner, enabling them to meet their mortgage payments more easily; and they increase the value of the property, strengthening the collateral for the lender in the case of default.

“For the last four years we’ve been trying to create a systemic approach in order to build an evidence base to show the European Commission and the Basel Committee that there is a correlation between energy efficiency and risk mitigation on the balance sheet of banks,” explained Luca Bertalot, EeMAP Coordinator and Secretary General of the EMF–ECBC. “But for that we need a database. We need all the banks from Lisbon to Helsinki, from Dublin to Athens, to demonstrate that our hypothesis is correct.”

In tandem, the consortium is working on a second project to standardise the ‘tagging’ process for green mortgages within banks.A pilot phase is due to be launched in London in June, outlining eligibility criteria and tagging processes, and naming the banks that will implement the guidelines. Around 35 banks are currently cooperating with EeMAP, including ABN Amro, Barclays, Berlin Hyp, BNP Paribas, Credit Agricole, ING, Societe Generale, UniCredit and Volksbank Banco Popolare.

Ahead of the final guidelines, EeMAP has this week launched a public consultation, which is open until 12 March.

“In the context of the ongoing work of the EU to create a Capital Markets Union, EeMAP will create a solid, new asset class which can be used for the purpose of energy efficient bond or covered bond funding,” it said in a statement.

In December, the European Commission’s Vice President Dombrovskis identified energy efficient mortgages as one of the initial focus points of plans to change capital requirements for green assets. The proposal, known as a ‘green supporting factor’ would lower capital charges on assets seen support the EU’s climate goals.

“We want to have a realignment of capital charges if we will be able to demonstrate that there is an impact on risk,” said Bertalot. “And the ball is in our court to prove that.”

According to some figures, the EU mortgage market stands at some €7trn – more than half the region’s GDP. “That means that if we move all these banks, together, in the same direction, we can really make a difference around energy efficiency. That’s our purpose.”

He added that the guidelines had the potential to be adopted beyond Europe, with interest currently from Canada, Brazil and Singapore.