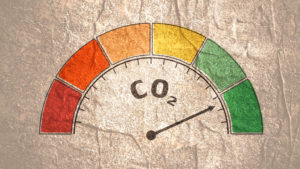 Sweden’s €42 billion pension fund AP2 will assess carbon emissions intensity based on company revenue when investing and engaging with domestic companies due to concerns that the EU’s official methodology for measuring intensity is difficult to understand.

AP2 was among the first European investors to align a significant portion of its investments – around half of its entire portfolio, comprising global bonds and equities – to the EU’s criteria for Paris-aligned benchmarks (PABs) in 2020. AP2 reported returns of 16.3 percent in 2021, its highest on record.

At the time, the fund reported that it had reduced the carbon footprint of its global corporate bond and equity investments by 75 percent and 70 percent respectively and had divested from around 250 companies, in keeping with a requirement to exclude polluting firms.

PABs are a flagship initiative intended to create a range of credible investment benchmarks which meet Europe’s climate ambitions. The benchmarks must reduce their emissions intensity annually, across both high- and low-carbon sectors, to demonstrate meaningful progress on climate transition.

AP2 has already committed to move some of its remaining assets, specifically its Swedish equity portfolio, to a PAB-aligned strategy but has now indicated that it will be using a carbon intensity measure based on sales revenue when determining stock allocation in order to facilitate “a more constructive dialogue with companies”.

Jan Lennartsson, who sits within AP2’s quantitative management team, said: “It is easier for our portfolio managers to communicate and explain how index weights increase or decrease based on their emissions per unit of sales revenue. However, our overall portfolio intensity will always comply with the EU’s official PAB emissions measure.”

Unlike its global portfolio, which is managed quantitatively, AP2’s Swedish equity team runs an active investment process with a relatively high tracking error and incorporates stewardship and engagement processes.

At the same time, the decision to use emissions per sales revenue was made “to handle the concern that fluctuations in stock prices would result in large changes in individual benchmark weights”, said AP2.

Under the EU’s official PAB methodology, emissions intensity is averaged over share prices – which corresponds with the portfolio exposure that an investor will have to individual stocks – and debt. Together, these variables are known as “enterprise value”. However, the measure is vulnerable to share price movements. Shifts in share prices could increase and decrease emissions intensity, even with no changes in real world emissions or organisational processes.

As a result, benchmark administrators are asked to adjust for inflation to offset the first effect and include changes in debt within the intensity calculations to account for the latter effect. Critics have said this creates a needlessly volatile and complicated intensity measure compared to the simpler revenue-based emissions metric which is both widely used and endorsed by the TCFD.

Movements in share prices could also arise due to investment trends and sentiment which have nothing to do with business fundamentals, unlike revenue, which is a direct proxy for how well a business is run. Even if real world emissions stay the same, a decrease in revenue-based intensity (which corresponds to an increase in revenue) indicates that a business has improved the environmental efficiency of its processes.

But despite its shortcomings, AP2 is in favour of an enterprise value-based intensity measure. “Enterprise value is intuitive as it allows investors to immediately allocate the emissions it is responsible for to individual stocks within a portfolio based on the current value of its exposure,” said AP2’s Lennartsson. “Revenue-based intensity would not carry the same meaning.”

Authors of a paper which sets out AP2’s position notably include Andreas Hoepner, an influential sustainable finance academic who was among the EU expert advisory group which first developed the PAB criteria.

AP2’s PAB strategy for Swedish equities is expected to be launched later this year. The fund is also supporting EU research on improving the inflation adjustment methodology for enterprise value.