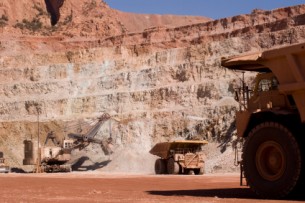 Thirteen of the biggest extractive industry corporations own 6,038 separate subsidiary companies between them, with more than a third of these based in offshore secrecy jurisdictions, according to a report titled Piping Profits by Norwegian NGO, Publish What You Pay. BP, the UK based oil giant, has the largest subsidiary network with 2,870 entries in its 2010 Annual Report. The companies studied are ExxonMobil, ConocoPhillips, Chevron, BP and Royal Dutch Shell in the oil and gas sector and Glencore International, Rio Tinto, BHP Billiton, Anglo American and Barrick Gold Corporation in the broader extractives sector. The report is significant to investors as it comes ahead of a European Commission proposal to introduce country-by-country reporting (CBCR) for extractives industry companies and forestry companies during the autumn. Country-by-country reporting requires multinationals to disclose financial information such as production shares with governments, bonuses, royalties, and taxes for each country they operate in via their annual statements. The Commission is also discussing International Financial Reporting Standards (IFRS) for the extractive industry and the monitoring of third-country legislation. This will be submitted to the European Parliament before a decision on legislation likely to be taken next year. The EU says it is focusing on extractives because of concerns about energy security, environmental destruction, corruption, and the resource curse recently exemplified by events in Libya. The Piping Profits report also follows provisions in the 2010 Dodd Frank Wall Street Reform and Consumer Protection Act requiring US-listed firms to report to the SEC detailed payments made to any state in which it operates on a project-by-project basis.The SEC is finalising how those rules will be applied. In addition, the US is clamping down on tax evasion by its citizens and corporations and the 2011 version of the Stop Tax Haven Abuse Act contains a full CBCR provision. The report, supported by the Norwegian Ministry of Foreign Affairs and Norwegian Agency for Development Corporation, says that because extractives companies have such a large number of subsidiaries in secrecy jurisdictions where company accounts and beneficial ownership details are not publicly available, shareholders will have difficulty quantifying the potential risk of any regulatory or financial issue. In turn, it says citizens and civil society groups in resource-rich nations cannot see whether tax and royalties are being applied to revenues from local operations, which has long been a focus for campaigners seeking to reduce poverty in developing countries. The extractives companies studied say they generated combined revenues of $1,824bn per annum in 2010, stated their annual costs as $1,592bn, made $144.7 billion profits net of tax and paid $106.9 billion in tax, according to their consolidated accounts. The Piping Profits report has led to the creation of an open-source database for the 13 extractive industries companies and their subsidiaries. It includes the location in which the subsidiary is incorporated or the individual state for United States subsidiaries, as well as the percentage of the subsidiary owned by the parent company.
Link to report and database