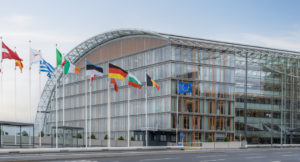 Nearly half of companies based in the EU – around 45% – have invested to protect themselves against climate-related risks compared with 32% of companies in the US, according to a new survey from the European Investment Bank (EIB).

The EIB also found that more European firms were exposed to the physical risks of climate change – around 60% – in comparison to the US, where half of all firms reported the same exposures. The higher perception of physical risk, particularly in Southern Europe, may be due to the rising threat of drought, limiting food production and potentially disrupting tourism in the area, said the EIB.

Among EU countries, Finnish (62%) and Dutch (58%) firms reported the highest share of climate investments, while Ireland and Greece were the bloc’s worst performers – with only 19% and 18% of companies in each country reporting investments to address climate change.

EU firms said that uncertainty about regulation and taxation, as well as investment costs were the biggest barriers to making climate-related investments.

The report is based on data gathered through the EIB Investment Survey, an EU-wide survey covering over 13,500 firms. It comprises firms in all EU Member States and the UK, as well as a sample of US firms which serves as a benchmark. The findings are comparable across EU countries and the US – as well as sectors and firm size, said the EIB.

“Our latest study shows that if we want the transition to a greener economy to succeed, raising awareness of those risks matters: EU firms that understand those risks are more likely to invest in climate action,” said EIB Vice-President Ricardo Mourinho Félix, commenting on the survey results. “Regulatory requirements and transparency, as well as setting the right incentives for businesses will be crucial.”

The report’s publication comes less than a month after the launch of the EU’s flagship Fit for 55 regulatory package which aims to slash EU emissions by 55% before 2030. Once adopted, it will create a new EU emissions trading system for buildings and road transport, restructure energy taxation, increase renewable energy targets and introduce the world’s first carbon border adjustment tax.

Earlier this year, the European Central Bank warned that extreme weather events across Europe – notably heat stress and wildfires in Southern Europe and flooding in the North – would substantially increase the probability of defaults in the absence of further climate policies.