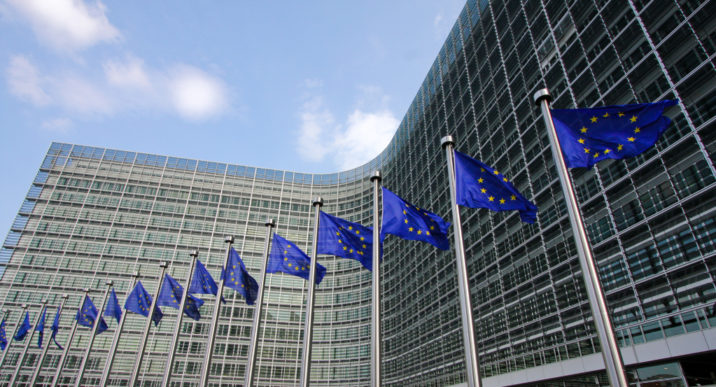 The European Defence Agency (EDA), the EU agency created in 2004 to facilitate better collaboration between member states on defence, has put out a contract for a study into the contribution made by the defence industry towards achieving sustainability goals.

In the tender put out earlier this month, the EDA stated that the aim of the work is to “measure and benchmark the European defence industry’s activities in relation to environmental, social and governance (ESG) criteria, and provide an analysis of the sector’s contribution to the objectives set out by ESG-related frameworks”.

Following the invasion of Ukraine by Russia, there has been a concerted push from some trade groups for defence stocks to be reclassified as sustainable. The German defence association (BDSV), for instance, went so far as to suggest that such companies should be included in the EU’s proposed social taxonomy as a “sustainable economic activity”.

But this effort actually predates the war in Ukraine, according to Laëtitia Sedou, EU Programme Officer at non-profit European Network Against Arms Trade (ENAAT), who saw the discussion being raised in areas such as consultations on the EU’s green and social taxonomies.

“This was coming before [the war in Ukraine] because we could see it in official EU documents,” she said, “especially the communication on European defence in February [15 February] and also in a statement [29 November] from EU Commissioner Thierry Breton, who oversees the defence industry, about how the policies of the EU and especially sustainable finance, should be in line with EU defence priorities.”

A spokesperson for the EDA told RI that the agency would be unable to speak while the tender is ongoing, but shared a translation of a recent opinion piece by its chief Jiří Šedivý. In the article, the former Czech Republic defence minister wrote: “Apart from the essential role that defence and security play in progressing towards to a sustainable and secure society, the defence sector needs to be recognised for what it already does in terms of transitioning to greener and more sustainable operations.”

On the legislative and policy work undertaken by the European Commission as part of the EU’s Green Deal, Šedivý added: “Besides the risk of setting a stringent regulatory framework that would effectively bar the EDTIB’s [Europe’s Defence Technological and Industrial Base] access to finance on capital markets, these proposals would also have a normative effect in the sense that the regulator – in this case, the European Commission – would send a clear signal to financial markets on the undesirability of investments in the defence industry.”

Sedou told RI that it has been an ongoing complaint from the arms industry that they don’t have sufficient access to finance, particularly private finance.

“As part of this kind of offensive by the defence industry, they managed to get access to EU funding, which they were excluded from before 2017,” she said. “Now as a second step their goal is to have privileged access to every funding related to sustainability. The massive investments that are going to come about for the environment, climate change, they want to have access to it.”

On the purpose of the tender, Sedou suggested that the arms industry “is looking for arguments to support their claim that they do fit with ESG criteria”.

This appears to be borne out by the article from Šedivý, which stated: “It will be important for industry to demonstrate the concrete impact of ESG criteria and restricted access to finance, and the longer-term impact on the industry’s ability to design, develop and deliver innovative capable technologies and systems to support the development of EU defence capabilities.”

Last month, RI reported on the response of investors to the suggestion that defence stocks should or could be classified as sustainable. One of the respondents, Gunnela Hahn, head of sustainable investment and governance at the Church of Sweden, cautioned against the conflation of a good financial case for investment with sustainability.

“It’s two separate conversations,” she said. “One is to invest in companies that work hard to create sustainable value for society by treating people and the planet with dignity and respect, ensuring good ESG practices throughout the value chain. The other conversation is limited to how we protect our borders and territory from military attacks.”