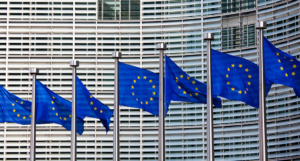 EU ESG ratings providers, credit ratings agencies (CRAs) and users of their products have been asked to provide feedback on several proposed measures aimed at rooting out and addressing dysfunction in the EU ESG ratings market, in addition to ensuring ESG factors are being sufficiently considered within credit ratings.

For ESG ratings, the European Commission (EC) has suggested the introduction of conflict-of-interest rules, minimum disclosure requirements for ratings methodology and a centralised EU registration system for providers. Separately, the EC has mooted making CRAs disclose both the impact or absence of ESG factors within their ratings and an explicit requirement to take ESG factors into account where relevant.

The proposals were published 5 April as part of an EC consultation and follows a period of intense regulatory activity on the topic, within the EU and beyond. Last year, EU securities regulator ESMA requested additional powers to regulate ESG data and ratings, after warning that the sector was a “fertile ground for potential conflicts of interest” as a result of widespread consolidation; ESMA later launched a review of the EU ESG ratings sector in February 2022.

More broadly, global regulatory body IOSCO has pushed for ESG data and ratings to be placed under the remit of securities regulators to address longstanding concerns over a lack of transparency, fragmentation and potential conflicts of interest within the sector.

IOSCO’s landmark proposals have also informed the creation of a regulatory advisory committee by the Japanese market regulator Financial Services Agency, which will oversee the development of a reference ‘code of conduct’ for ESG data houses.

Up to this point, ESG ratings and data products providers have not generally been subject to regulatory oversight, despite wielding enormous influence over investment allocation decisions fueled by a growing trend to invest in accordance with sustainability principles.

ESG data providers are themselves split on the need for regulatory scrutiny. Market leader MSCI has consistently warned that a push to standardise the sector through regulation would be “misplaced”, while others such as Morningstar, owner of Sustainalytics, have described regulation as inevitable and beneficial.

A review of the Commission’s latest proposals, however, indicates that its focus will largely be on enhancing disclosure, transparency and preventing conflicts of interest – rather than making ratings more standardised and comparable.

Meanwhile, the EC’s recommendations for CRAs are largely focused on making current non-binding guidance – which include expectations that CRAs will identify key ESG factors where they have impacted credit actions – mandatory.

It comes soon after the US SEC highlighted “the potential risk for conflicts of interest” between credit rating firms’ growing ESG-related offerings and their main ratings work in its annual staff report.

CRAs do not generally incorporate assessments of long-dated ESG factors, such as climate pledges and climate risks, within credit ratings on the grounds that such factors do not yet have any immediate credit implications.

Both ESG data firms and CRAs have been asked to provide details of the potential compliance costs associated with the EC’s proposed regulatory measures.