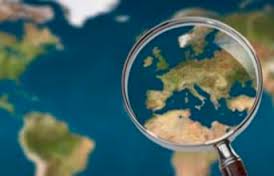 The European Union looks set to support the promotion of ESG (Environment, Social and Governance) investment within its pivotal Capital Markets Union (CMU) initiative, according to the draft conclusions prepared for it by the Economic and Financial Committee of the European Council.

The Council, also known as the Council of Ministers, defines the EU’s general political direction and priorities. It consists of the heads of state or government of the EU’s member states, together with its President and the European Commission President.

The Council has been handed a September 2015 initial deadline for outlining a “comprehensive, targeted and ambitious action plan” for building the CMU.

Of the 27 draft conclusions prepared by the Economic and Financial Committee, ESG is clearly backed in point number 13 under plans to deepen the single market, promote long-term investment and improve access to finance as a main objective of the CMU.

There are no further details on what this support for ESG investment might entail, but some suggestion as to where it might be applied.

The backing for ESG is bracketed alongside the need for significant EU investment in infrastructure via long-term finance from different sources, including institutional investors. It also precedes a ‘highlight’ by the EU on its new European Fund for Strategic Investments (EFSI). The €21bn fund will leverage investment from outside institutions up to a mooted €315bn. The EFSI’s first investments were expected this month: Link to RI story final policy development that follows the ESG support statement is the EU’s European Long-Term Investment Funds (ELTIFs): Link to RI story.

ELTIFs, which were ratified in April this year, are available to both professional and retail investors and comply with the Alternative Investment Fund Managers Directive (AIFMD). They can invest in illiquid assets with investor cash locked up until a specified date, which could be 10 years or more, although the EU expects a secondary trading market to emerge. At least 70% of ELTIF assets should be long-term and invest in unlisted companies, “real assets” or new European Social Entrepreneurship Funds (EuSEF) and Venture Capital Funds (link).

The CMU is an essential part of the three strands underlying European Commission President Jean-Claude Juncker’s plan to revitalise investment in Europe and boost growth: first, the mobilisation of at least €315bn in additional investment; second, targeted initiatives to make sure that this extra investment meets the needs of the real economy; and, third, measures to remove barriers to investment.

The plans aim to “unlock the capital around Europe that is currently frozen and put it to work in support of Europe’s businesses, particularly small and medium-sized companies (SMEs)”. A major aspect is the diversification of funding sources for companies, notably by institutional investors and insurance companies. Link
to the draft conclusions of the Economic and Financial Committee of the European Council regarding Capital Markets Union.