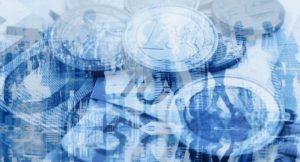 Yesterday, the EU Council, which represents the governments of Member States, approved requirements for companies with revenues above €750m to publish a breakdown of revenues, tax payments and other key financial data on a country by country basis.

The tax proposals were originally suggested by the European Commission in 2016, in the wake of public outcry over the Panama Papers leak, which revealed the widespread use of offshore tax havens by wealthy individuals and public officials.

The EU rulemaking process requires Council and Parliament to reach separate agreements on a legislative proposal before negotiations can begin over its formal adoption. Parliament backed the plans in 2017, leaving Council as the sole holdout.

During the last EU Council vote on the topic, held in 2019, the proposals were blocked by 12 Member States including Ireland, Austria, Malta and Luxembourg. Many of these countries are seen as beneficiaries of current rules allowing firms to avoid paying higher tax rates by shifting their reported profits to low-tax jurisdictions without any public scrutiny.

Sweden also voted against the plans, this time citing concerns that they fell short of its national transparency standards and could end up watering them down.

Yesterday’s vote was called after a re-submission of the proposal by Portugal, which currently holds the rotating EU Council presidency, and passed by a qualified majority of 14 states. A total of eight states, including Germany, Ireland, Luxembourg and Sweden, voted in opposition.

The vote will be reconfirmed by all member states next week as part of standard procedure, but it is widely expected to pass. At that point, the official legislation will begin development.

Yesterday’s result has been hailed by Transparency International EU as a “breakthrough on corporate tax transparency”.

Elena Gaita, Senior Policy Officer at the anti-corruption NGO said: “Investigations into the tax affairs of large corporations are notoriously difficult to carry out due to the lack of publicly available information and rely heavily on leaks. By enabling public scrutiny around aggressive corporate tax practices, this legislation would ensure that taxes are fairly paid in the countries where economic activity takes place.”

However the group noted a number of “serious loopholes” in the current legislative proposal which would allow companies to withhold information relating to tax payments in non-EU countries.

Separately, a UN-convened group of heads of state and ministers has proposed the establishment of a UN tax convention, a 20-30% global minimum tax rate and an intergovernmental body on tax matters under the UN to combat aggressive taxation practices.

The recommendations were put forward by the UN High-Level Panel on International Financial Accountability, Transparency and Integrity (FACTI), which was formed a year ago to study the impact of tax abuse, money laundering and illicit financial flows on the ability of states to meet the UN’s Sustainable Development Goals by 2030.

In a wide-ranging final report, FACTI criticised international tax rules – largely established by high-income OECD countries – as disadvantageous to developing countries and noted that illicit financial flows “deprive developing countries of hundreds of billions of dollars every year”. According to FACTI, conservative estimates of revenue lost to profit shifting and tax evasion are in the order of $500bn to $600bn.

“Closing loopholes that allow money laundering, corruption and tax abuse and stopping wrongdoing by bankers, accountants and lawyers are steps in transforming the global economy for the universal good,” said Ibrahim Mayaki, FACTI co-Chair and former Prime Minister of Niger, on the launch of the report.

Commenting on FACTI’s conclusions, Tove Maria Ryding, Tax Coordinator at the European Network on Debt and Development, said: “We welcome the fact that the report outlines the links between illicit financial flows, tax injustice and inequalities, including gender inequalities.