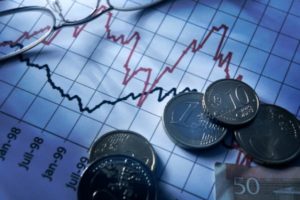 The European Commission’s ambitious plans to re-work Europe’s financial markets towards sustainability are facing their first hurdle with a barrage of opposition to its proposal to re-draft the MiFID rules governing investment intermediaries.
What seemed at first glance to be a relatively trivial amendment to existing regulation, to get investment advisors to incorporate ESG when they advise clients (‘the suitability test’) as part of a wider Action Plan, has instead resulted in outright disapproval from lobby groups representing big asset managers, banks and alternative investment houses.
Signs of disquiet began last week when the first responses to an EU consultation came in, with big names like Amundi and European asset management trade body EFAMA voicing their concerns.
Now the consultation period has closed, the scope of resistance can be seen. It’s not just EFAMA, but hedge fund trade group AIMA, German fund organisation BVI, the UK’s Investment Association and others that take issue in some form or other with the draft proposals.
A key stumbling block for them is the timing. Not only has a revised MiFID just come into force, but there’s as yet no common EU ‘taxonomy’ for sustainable investments. That’s a separate part of the Commission’s Action Plan, but a common view from respondents is that the EU needs to put this in place before it can tweak MiFID. In effect it has ‘put the cart before the horse’ and it would appear to be a political misstep by giving opponents a stick to beat the proposals with.
Powerful German fund industry body BVI is stark, saying: “Any respective mandatory legal duty [under MiFID] prior to the establishment of a taxonomy could even jeopardise the intention to encourage investments into sustainable products.”
This is echoed by the Nordic Securities Association: “We recommend first putting in place a common EU taxonomy covering at least some essential elements of all E, S and G, before attempting to suggest and/or implement provisions on sustainability in the MiFID suitability assessment process.”
The European Savings and Retail Banking Group (ESBG), whose members represent €6.2trn, says “implementing sustainability considerations in customer information as well as in the advisory process would not be effective at this stage”. The revised MiFID has already caused “significant burdens” as well as “misunderstandings and criticism from investors”. So in the ESBG’s view it’s of “crucial importance” to first develop the taxonomy and “only as a second step to follow up with concrete regulatory measures on this basis”.Capital markets trade body the Association for Financial Markets in Europe (AFME), agrees, saying a “workable, flexible and dynamic taxonomy is a pivotal initiative which should be achieved prior to any important review of existing financial regulations, including MiFID II”.
AFME, a powerful voice within the EU lobbying fraternity, goes on: “Any attempt to rush the incorporation of ESG considerations within the MiFID II suitability assessment without a rigorous process which includes phasing requirements, longer implementation times and more consultation with industry participants will harm the overall objective of the Commission’s action plan.”

“Firms should be free not to offer ESG”

The timing issue is also raised by the UK’s Investment Association, which says it has “concerns” about the interaction between the proposed changes and the mooted taxonomy. Like others, it highlights the lack of social and governance aspects to the planned taxonomy, which could result in “piecemeal” advice. It warned against the parallel development of ‘social investment’ and ‘good governance investment’ – “which could have serious implications for the cross-border distribution of financial instruments and the pan-European developments of ESG products”.
It’s “imperative”, the IA says, that there’s clarity on this and that “asset managers are able to take as their reference existing best practice where a taxonomy does not yet exist”. The group, representing €8trn in assets, also points out that ESG shouldn’t be in a separate silo, and that ESG integration is a “key part of asset managers’ contribution to sustainable growth”.
“If this is not reflected in the drafting, this could massively curtail investments that can deliver on different clients’ ESG preferences.”
Another serious potential issue is the perceived extra burden of the new rules, as highlighted already by EFAMA. Germany’s BVI echoes that, calling for analysis as to whether the “administrative burden” supports the desired outcome.
“Sustainability is still a matter of personal conviction and beliefs. Integrating it in the day-to-day investment advice will only be successful if the related administrative burden is kept to a strict minimum,” the BVI adds.
Deutsche Bank argues the proposed changes would require firms to develop processes, procedures and controls to determine ESG factors in relation to every financial instrument offered to clients, adjust documentation in relation to client preferences, update recently-built systems and educate clients and advisors on ESG factors.

It suggests that the ESG component should be aligned when MiFID II is reviewed in 2019/20.

For its part, hedge fund body the Alternative Investment Management Association (AIMA), which represents $2trn, argues that ESG considerations “should be client-driven rather than imposed by regulation” and that firms “should be free not to offer ESG”.

It would rather financial returns should be the “primary factor” when providing advice or portfolio management.

The definitions offered by the draft proposals, it says, are “vague and need to be interpreted”.A joint submission from Swedish buffer funds (AP1, AP2, AP3 and AP4) asks whether the EU is the right body to oversee the taxonomy – saying it risks getting politicized and bogged down in red tape. Their submission, the only purely asset owner contribution amongst the 53 replies, suggests using the taxonomy developed by Dutch pension funds as well as frameworks like the GRI and TCFD.

Talking of timing, a date to bear in mind in all this is October 31 2019 – that’s when the term of the current Commission ends and the Action Plan’s main political sponsors, Valdis Dombrovskis and Jyrki Katainen, leave the scene. The former, in particular, has leant his weight to the initiative as part of his wider aims to develop Capital Markets Union and his successor will have to share his commitment to the dossier.

With the World Cup in full flow, on this evidence it seems the Commission has scored an own-goal. This aspect of the Action Plan, at least as it is currently drafted, probably won’t make it out of the group stage.