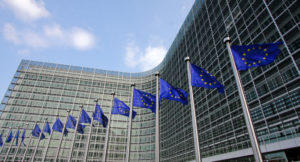 EU policymakers are seeking feedback to a consultation on corporate governance and reporting ahead of potential changes to the bloc’s auditing and accounting rules.

In two documents published to support the initiative, the European Commission asks questions aimed at addressing “shortcomings in the underlying eco-system”, citing “recent failures” such as the Wirecard accounting scandal. The Commission said that such blow-ups suggest the existing Audit Regulation 537/2014, Audit Directive 2006/43/EC and Accounting Directive 2013/34/EU “have not fully played their intended role”.

“In view of the objectives of the 2020 Capital Markets Union Action Plan, which include increased investor protection and more integration of EU capital markets, this initiative aims to strengthen corporate reporting by listed companies and the statutory audit of public-interest entities (PIEs). The latter category includes, in addition to listed companies, credit institutions, insurance undertakings and entities designated as PIEs by Member States,” stated the document.

“To achieve this objective, there is a need for clear roles and responsibilities for all the actors involved: companies and their boards, statutory auditors and supervisors.”

Three “mutually reinforcing pillars” are proposed in one of the documents: corporate governance, statutory audits and the supervision of corporate reporting.

“As regards corporate governance, there are concerns that boards of listed companies have insufficient responsibilities regarding the quality of corporate reporting, in particular in relation to systems of controls and the prevention of risks of fraud and going concern,” one document said. “Moreover, audit committees are sometimes non-existent or have a rather weak position inside listed companies.”

The Commission notes “better corporate reporting by companies is… expected to lower due diligence costs for investors” and could help prevent “greenwashing”, but the project is separate from the numerous EU initiatives on sustainable corporate governance, due diligence and reporting, and the document stresses that feedback should not cover parallel efforts to develop a Corporate Sustainability Reporting Directive. The Commission’s financial stability and services unit, which is overseeing the new consultation, added that it will take into consideration the Sustainable Corporate Governance initiative being undertaken by a different arm of the Commission.

The consultation document suggests that stronger, more reliable reporting rules “could lead to a higher allocation of investment to sustainable activities and projects in the future. A similar indirect effect can be expected for social objectives, where these are captured in public disclosures,” it concluded.

An EU-wide approach is necessary to corporate reporting, it argued, because, although Member States could take national action to strengthen expectations, “such measures would likely differ significantly between Member States. This would also lead to an uneven level of protection of investors”.

A consultation and a call for evidence are open until the 4th February. Feedback will inform the EU’s official ‘impact assessment’ on the plans, due later in the year.