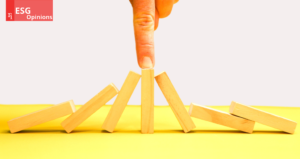 In a victory for industry lobbyists, the European Commission has confirmed that it will partially delay new disclosure requirements for European asset managers. The intention of the rules was to start to tackle the role of finance in sustainability challenges such as climate breakdown. While there were some legitimate grounds for delay in the context of Covid-19, it is essential that the Commission remains firm on the substance of the regulation, and resists industry calls to water down the final requirements.

These requirements were to be accompanied by more detailed rules, known as Regulatory Technical Standards (RTS), that were to be developed by the European Supervisory Authorities (ESAs) before the Regulation comes into effect in March 2021.

However, the Commission has now announced that, while the principles-based requirements will still come into effect in March 2021, implementation of the technical standards has been postponed to a later date, likely the end of 2021 or early 2022 – so delayed by up to a year!

This delay signals a clear victory for financial industry lobbyists, who have sought to weaken the requirements from the beginning of the legislative process. Among other things, they argued that they needed more time to adapt to the regulations and source new data from companies. That news of the delay initially came via a leaked letter from the Commission to Germany’s Investment Funds Association, BVI, added to a sense of a capitulation to corporate interests.

But there were also legitimate reasons for delay, following a consultation process that was postponed due to COVID-19. As a result, the ESAs are yet to submit their final draft of the technical standards to the Commission. If the Commission had not imposed this delay, it would likely have found itself in the untenable position of enacting new legislation while at the same time promising investors not to take action against those unable to comply.

However, if the Commission is to retain the benefit of the doubt, it must ensure that delay does not turn to diminished ambitions. Delayed implementation was just one of many industry demands, and the EU must now hold firm on the substance and objective of the regulation.

The Regulatory Technical Standards are vital to the overall impact of this legislation as they will list the ‘adverse impacts’ which financial market participants must report and mitigate. Examples include average carbon intensity or the proportion of investments in holdings without a deforestation policy.

Many of those requirements have been challenged by industry groups. So, too, has the ESA’s plan to require larger asset managers to report on their overall impacts as an entity, not just the impacts of their ‘sustainable’ products.

The battle over the inclusion of these requirements is emblematic of the key philosophical divide in the world of sustainable finance.

On one side are many of the larger asset managers who view responsibility as a matter of mitigating the financial risks posed by environmental damage. They argue that their fiduciary duty to act in the best interests of beneficiaries prevents them from playing any role in mitigating the damage itself.

But as ShareAction’s recent Responsible Investment Bill sets out, a proper understanding of fiduciary duty would recognise that it is in everyone’s interests to live in a healthy society and environment. It is preposterous to argue that supporting companies who engage in human slavery or the destruction of essential natural resources is in the best interests of ordinary savers.

If the EU is to become a global leader in the fight against climate breakdown, and to fulfil its commitment to reduce emissions by at least 55% by 2030, it cannot allow industry to dictate the terms of regulation.

Having conceded to demands on the SFDR timeline, it must hold firm and ensure that the final text stays true to the SFDR’s original intention in addressing real-world impacts, not just financial ones. 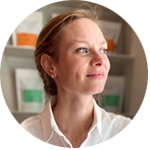