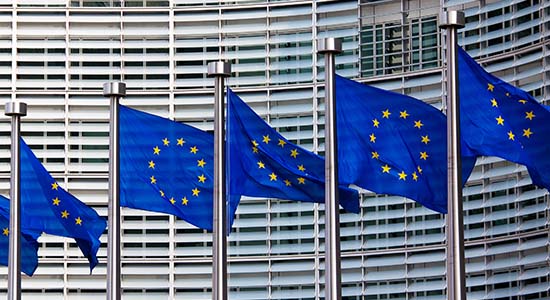 Under the EU’s anti-greenwashing legislation – the Sustainable Finance Disclosure Regulation (SFDR), which was introduced last year – Article 9 funds are those that pursue environmental or social objectives.

In a Q&A document, published yesterday, the EU’s financial watchdogs – known collectively as the European Supervisory Authorities (ESAs) – stated that the fact that the relevant section of SFDR requires firms to explain how an Article 9 fund’s index differs from a mainstream one “suggests that the designated index cannot itself be a broad market index”.

Responding on LinkedIn, Andreas Hoepner, a sustainable finance academic who was part of the EU expert advisory group that worked on the Paris-aligned Benchmark (PAB) criteria, stated that the Q&A had clarified that “SFDR Article 9 has truly overcome the tracking error lock, which currently keeps the vast majority of ESG funds tied to the status quo as represented in broad market indices”.

He added: “It is very important for people to understand that you can’t do a transition if you tie your tracking error to a broad market index – it is very likely impossible. A broad market index isn’t going to be transitioning fast enough, so if you want to transition, you need to be working with an index that transitions and not tie yourself to the status quo.”

As to whether there has been any ambiguity on this point when it comes to SFDR, Hoepner said that from his perspective it has always been “pretty clear” that this is what is required in the legislation. But, he added “quite a few asset managers appear to have overlooked it”.

PABs are a flagship initiative intended to create a range of credible investment benchmarks that meet Europe’s climate ambitions. The benchmarks require an annual reduction in emissions intensity, across both high- and low-carbon sectors, to demonstrate meaningful progress on climate transition.

Responding to another question in the Q&A on the “major challenge” posed by the lack of ESG data, the ESAs said: “The ESG information chain is developing, and both financial market participants and regulators may have to rely on the available data during the period before the application of the CSRD.”

CSRD is the EU’s incoming corporate sustainability reporting directive, which was adopted last Thursday by the European Parliament.

Under SFDR, a fund must disclose as Article 8 – often referred to as “light green” – if it promotes environmental or social characteristics.

On whether financial players are allowed to “define their own substantial contribution criteria for socially sustainable investments”, the ESAs stated that it is possible for them to create their own framework for their financial products “as long as they adhere to the letter” of SFDR.

The regulators added, however, that a financial firm should not interpret the regulation “differently for different financial products that it makes available”.

When it comes to principal adverse impacts (PAI) on sustainability factors, which under SFDR financial firms are required to disclose or explain why not, the ESAs stated that it would be “good practice” for financial players to report, for each PAI considered, the proportion of that data coming directly from investee firms and the proportion “obtained by carrying out additional research, cooperating with third party data providers or external experts or making reasonable assumptions, in order to calculate the corresponding indicator”.

The ESAs are made up of the European Banking Authority, European Securities and Markets Authority, and European Insurance and Occupational Pensions Authority.

Earlier this week, the ESAs put out a call to the market for examples of greenwashing.