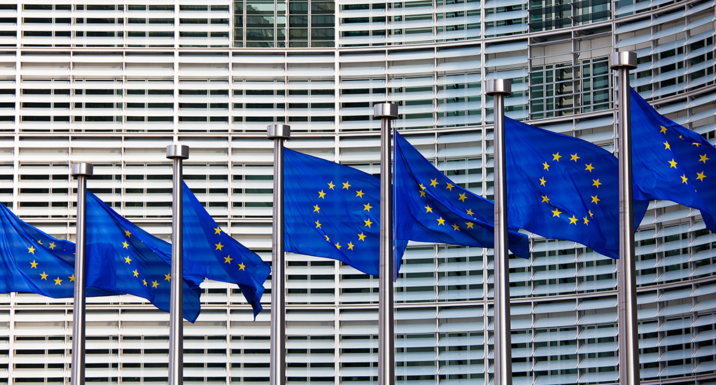 The European Securities and Markets Authority (ESMA), a member of the EU’s regulatory trinity, known collectively as the ESAs, has published a flurry of documents this month on ESG in quick succession, including, most notably, its first sustainable finance roadmap, published last week.

Unsurprisingly, greenwashing was identified as priority number one in the roadmap, with ESMA stating that “investigating this issue, defining its fundamental features and addressing it with coordinated action across multiple sectors, finding common solutions in the EU, will be key to safeguarding investors”.

But the regulator also gave its view on the relationship between the EU’s emerging Corporate Sustainability Reporting Directive (CSRD) and sustainability reporting standards being developed globally by the likes of the recently created International Sustainability Standards Board’s (ISSB), arguing that the former should not “unnecessarily depart” from latter.

A key difference between the EU’s approach and that of the ISSB is the latter’s focus on ‘enterprise value’ or how sustainability impacts a company’s valuation. By contrast, the EU is pursuing a more progressive approach whereby proposed standards will also seek to capture a company’s impact on the environment and society, so-called ‘double materiality’.

ESMA states in the roadmap, however, that “it will be important to ensure that the reporting standards developed in the EU are conducive to investor protection and financial stability and that they do not unnecessarily depart from global sustainability reporting standards, as investors operating in the EU should be able to reconcile, at least to some extent, the sustainability disclosures of investee entities placed outside the EU.”

It continues that cooperation with IOSCO, the global body that coordinates securities regulators, and the ISSB “will be essential to ensure that the EU reporting regime is adequate to meet the information needs of investors that operate at global level”.

However, a spokesperson for ESMA told RI that it “strongly supports” the double materiality principle, “which forms an integral part of the EU sustainable finance legislation”. He described that principle as one of the areas where “differences between international and EU standards would be justified” but added that “ESMA also supports that global convergence is reached as much as possible on reporting standards. It is therefore advisable that Europe and the ISSB work to build clear interoperability between the respective standards.”

The potential lack of supervisory convergence among national regulators within the EU when it comes to the bloc’s “fast-evolving legislative framework” around sustainable finance, also prompts ESMA to highlight in the roadmap its concerns around the risks of “regulatory arbitrage”, which may “aggravate greenwashing risks to investors in the EU”.

“Notably, there are diverging applications of the rules on what constitutes a ‘green’ financial product across the Union,” ESMA writes. “This could lead to investor protection challenges such as lack of comparability, transparency and even mis-selling, for instance when products with a similar or even the same naming convention do not share the same underlying characteristics.”

ESMA reveals that it is undertaking a study on disclosure requirements for Article 8 and 9 products under the EU’s Sustainable Finance Disclosure Regulation (SFDR), the anti-greenwashing legislation brought in last March. The analysis, which will run until 2024, aims to “support supervisory convergence efforts and the identification of greenwashing cases”.

That study is one of more than 70 separate actions the regulator will take over the next two years, covering benchmarks, ratings, corporate disclosure, investment services and investment management.

‘Striking’ divergence between credit rating firms on ESG disclosures, even when it comes to corporate outliers on ESG, research by ESMA reveals

In the same week that ESMA put out its sustainable roadmap, the regulator also published research examining the extent to which credit rating firms are making disclosures around ESG in their corporate rating reports.

The assessment of the credit raters, which included the three largest and three small and medium-sized ones, comprising 90% of the total rating activity in the EU, straddled ESMA’s publication of guidance in 2020 on how and when considerations of ESG factors should be disclosed in credit rating press releases.

Natural language processing techniques were used in the study to analyse a dataset of over 64,000 releases published by credit rating firms between January 2019 and December 2020.

ESMA acknowledges that the “observed heterogeneity” among raters could be down to different methodological approaches to “some extent” and that not “not all ESG factors are relevant in terms of the creditworthiness of an issuer.” But it adds that “since all CRAs have creditworthiness at the core of their approach, it is unclear why some CRAs deem ESG factors to be relevant and report them in their press releases, while others do not yet do so — especially in the case of credit ratings for issuers who are classified as highly ESG exposed according to public data or according to other CRAs rating those same issuers or their instruments.”

The regulator continues that “divergences that we find across CRAs in this respect are, therefore, quite striking.”

The watchdog’s research also found that the “possible underreporting of ESG factors” was consistent for both issuers that “have very low ESG scores and only for issuers that have very high ESG scores (i.e. there is no asymmetry in our results).” ESMA identified low and high ESG performers using Refinitiv’s ESG ratings.

Since it put out its 2020 guidance, ESMA did identify a significant relative improvement on ESG reporting from credit rating firms but adds that from an “absolute perspective” the shift was limited – “i.e. on average less than 1% of words used in the press release [refer to ESG key words].”

Another finding of the research was that the overall improvement in ESG disclosures was “mainly driven by one [unnamed] large CRA that significantly increased the reporting of ESG factors in its press releases after 30 March 2020.”

ESMA states that “the low level of reporting of ESG factors might be justified if CRAs consider that these factors are not a key consideration in their creditworthiness assessments.” But the regulator adds that in “the interest of transparency”, “a good industry practice could have been for press releases to provide some explanation as to why such factors were considered to be immaterial, especially for ‘ESG-extreme’ issuers. This does not appear to have taken place in many instances.”

Based on its research, ESMA states that “investors could benefit from further transparency in this area” and adds that it “will consider the appropriate supervision and policy tools for achieving this outcome.”

Bill Harrington, Senior Fellow at the non-profit Croatan Institute, and former Senior Vice President at Moody’s Investor Service, told RI that he liked the approach adopted by ESMA. “Here they’ve said, ‘OK, we’ll take you credit rating companies at your word, you claim to be looking at credit exposures to ESG factors and yet you’re not really discussing them and you’re not really even trying to be consistent with respect to your ‘ESG-extreme’ issuers, presumably they should have a lot of ESG discussion…[and] even if – for whatever reason – right now that is not prompting a credit move, there should be a lot of discussion, just as there is lots of discussion on the balance sheet.”

He added that the research “adds to the drumbeat that the credit rating companies are really not living up to what they say they do with respect to ESG and credit exposure.”

The irony of ESMA using Refinitiv’s ESG data scores as a benchmark in its research on credit rating firms given concerns it’s publicly raised about the sector’s unregulated nature does not appear to be lost on the regulator when it states, “any potential methodological issues in the Refinitiv (or any other ESG scoring) methodology with respect to capturing the ‘true’ ESG situation of an issuer, is less of a concern for our analysis, since it is the relative divergences across CRAs in relation to this same (even if imperfect) point of comparison that we are interested in assessing.”

A week before its research on credit raters was published, ESMA put out a call for evidence on ESG rating firms.

The European Commission was supposed to launch its own consultation on the sector last quarter as part of its renewed sustainable finance strategy, but it appears this has not yet happened. Instead, in November, it requested that ESMA undertake a call for evidence, with the goal of developing “a picture of the size, structure, resourcing, revenues and product offerings of the different ESG rating providers operating in the EU.” ESMA is also looking to “complement this picture” by “collecting views and experiences from the users of these ESG rating providers, as well as those entities covered by ESG rating providers.”

The regulator states that it is “anticipated” that its call for evidence “will be followed by a complementary consultation on this topic from the EC [European Commission].” The Commission had not replied to a request for comment at the time of writing if it still intends to undertake its own consultation.

ESMA expects to deliver its findings to the Commission before the end of Q2 2022.

ESMA, which has raised concerns around potential conflicts of interest associated with ESG rating firms and the businesses of the wider groups that in many instances own them, highlights the issue again in the consultation document.