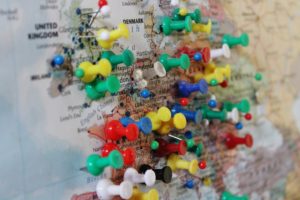 The European Commission’s much-anticipated Action Plan on Financing Sustainable Growth has been hailed as “the most ambitious sustainable finance package released by a major economic area so far”.
Industry groups, associations, and non-profits have praised the scope of the proposals, which lay down the Commission’s ‘game plan’ for making financial markets in Europe more sustainable and climate resilient.
The report was launched today in Brussels. RI revealed the contents of a final draft yesterday, but notes some key differences between the two documents.
Firstly, it has altered some deadlines for action by a few months. It has also scaled back its infrastructure commitments for the final edition, softening its language around plans to create a dedicated fund in 2020. The Action Plan states the Commission “has come forward with the idea of establishing a single investment fund”, but – whereas this was one of two relatively concrete ‘Priority Actions’ on infrastructure in the final draft, there is now only one ‘Priority Action’, which is watered down to state: “Building on the ongoing efforts to reinforce advisory capacity, including for developing sustainable infrastructure projects, the Commission will take further measures that will improve the efficiency and impact of instruments aiming at sustainable investment support in the EU and in partner countries”.
In the final draft, the Commission also touched on the possibility of creating a single Credit Ratings Agency focused on sustainability. In the Action Plan, it has amended this to describe “the possible emergence of new credit ratings agencies that would meet this objective” – not limited one entity.
Notably, the final Action Plan goes further than the final draft in terms of investor duties. The Commission clarifies that its imminent legislative proposal on the topic aims to “explicitly require institutional investors and asset managers to integrate sustainability considerations in the investment decision-making process and increase transparency towards end-investors on how they integrate such sustainability factors in their investment decisions, in particular their exposure to sustainability risks”.
On the taxonomy, the Commission confirmed that “the aim is to embed the future EU sustainability taxonomy in EU law”. It is now calling for applications for the selection of members of the technical group that will develop the taxonomy.
Climate think-tank 2° Investing Initiative, whose CEO Stan Dupre was a member of the High Level Expert Group on Sustainable Finance (HLEG), described the report as “the most ambitious sustainable finance package released by a major economic area so far”. In a statement, it added that the document followed, “beyond expectations”, the recommendations of HLEG, published in January.
However, it also noted the Commission’s back-peddling on one of the most controversial ideas it was considering: the so-called Green Supporting Factor, which would loosen capital requirements for banks lending to eligible green assets.Previously identified as one of four priorities by the Commission, the proposal had met with backlash from civil society, MEPs and central banks. “Taking stock of the mixed views of the HLEG members and supervisors on the idea, the EC now plans to explore the feasibility of the inclusion of risks associated with climate and other environmental factors in institutions’ risk management policies and the potential calibration of capital requirements of banks as part of the Capital Requirement Regulation and Directive”, the think-tank observed.
Sean Kidney, CEO of Climate Bonds Initiative and another member of HLEG, called on governments to follow the Commission’s lead and adopt a similar degree of urgency on climate change. “A faster brown to green transition in the balance sheets of the world’s top 200 banks and 100 largest emitters is needed,” he said. “This vital shift requires new green standards and investment frameworks from governments and regulators to harness significant private sector capital towards global emissions goals”.
Although the market has been overwhelmingly bullish on the Action Plan, some experts have pointed out that the original objective of “reengineering” the financial markets has been missed in the proposals.
“The breadth of issues tackled by the Action Plan undoubtedly makes the EU one of the global leaders in advancing a Sustainable Finance agenda,” said Brussels-based think-tank Finance Watch. “However, it will fail to deliver on its core objective of ‘reorienting capital flows towards a more sustainable economy’ as it falls short of confronting the key drivers of capital allocation in our financial system… it does not address the root cause of our unsustainable system, i.e. a massive market failure: the negative externalities resulting from economic activity are not priced in.”
Others cautioned that any changes to EU laws and regulation must be sufficiently flexible to reflect the diverse needs of the financial sector.
Matti Leppälä, CEO of trade association PensionsEurope, welcomed plans to create a ‘taxonomy’ for sustainable assets to help create a “common language”, but cautioned that the “EU proposals should remain sufficiently flexible not to upset the role of trustees or social partners”. He added: “Pension funds’ main purpose will continue to be serving the best interests of their members and to delivering adequate pensions at low costs”.
The private equity world is “well-positioned” to support European’s low-carbon transition, according to Michael Collins, CEO of trade association Invest Europe; but he echoed calls for flexibility in the implementation of proposals, stating: “to create a truly sustainable finance landscape, the Commission’s plan needs to reflect the industry’s diversity and take a pragmatic approach”.