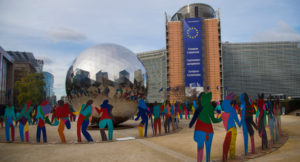 The European Commission has launched the next phase of its sustainable finance package, promising to boost access to transition finance and develop global ESG standards.

The long-awaited Sustainable Finance Strategy, also known as the Renewed Strategy, is the sequel to the EU’s groundbreaking Action Plan on sustainable finance, launched in 2019. That policy package included the creation of the green taxonomy, climate benchmarks, disclosure rules and changes to suitability tests for retail investors, among others.

Now, the Commission has pledged to “extend the existing sustainable finance toolbox to facilitate access to transition finance” and broaden its focus to cover small and medium-sized enterprises and consumers.

It has also repeated its plans to create “international sustainable finance initiatives and standards”, primarily via its existing International Platform on Sustainable Finance.

The Commission has until the end of 2023 to report on its implementation of the strategy.

Alongside the launch of the strategy, the Commission has today tabled a legislative proposal for its European Green Bond Standard, which is expected to formalise best practice for issuers. The voluntary standard, which will be linked to the EU taxonomy, is expected to see the European Securities Markets Authority create a registry for verified bodies that can conduct third-party reviews. It will now be negotiated between the Commission and its counterparts in European Parliament and Council.

Today, the Commission also adopted a Delegated Act detailing what information large companies should report on, and how, under the taxonomy rules. While non-financial firms will need to disclose how much of their turnover, capex and opex align with the taxonomy, financial institutions will have to disclose the share of green activities in their overall lending and investment. European Parliament and Council have up to six months to veto the Delegated Act, although this is a rare outcome in EU policy making.