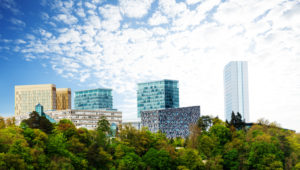 Luxembourg’s €19bn pension fund has pledged to analyse the climate risks of its investments following a court battle with Greenpeace Luxembourg.

Ferdinand Lepage, president of the Fonds de Compensation (FDC) – which functions as a general national pension scheme – said in a letter to Greenpeace Luxembourg that the fund’s next sustainability report would include a detailed analysis of the carbon footprint and the climate-related financial risks of its investments.

It comes after the NGO took Roman Schneider, the Minister for Social Security and supervisor of the FDC, to Luxembourg’s courts, arguing that, under EU law, FDC was obliged to disclose information on climate related risk.

The judge ruled the case was admissible, but said there was no legal basis for the Minister to provide the information.

After the “partial win” in court, Greenpeace Luxembourg said it would look into the responsibilities of the board of directors of the FDC.

But now the FDC has written to the NGO promising to publish information on its climate-related financial risks and carbon footprint. Greenpeace Luxembourg welcomed the decision, calling it “an important precedent for the country”.

It said: “While the government is promoting Luxembourg as a green financial hub, the country’s €4.7trn investment fund industry is simply not obligated to monitor and communicate about the carbon emissions it finances. Emissions from the overall equity portfolio of the Luxembourg funds are estimated to be between 300 and 400 million tons of carbon dioxide every year, which is equivalent to between 30 to 40 times Luxembourg’s direct emissions.”

Greenpeace Luxembourg has called for the Luxembourgish government to introduce mandatory climate-related disclosure and for the FDC to divest fossil fuels.

Last December, FDC published a list of its asset managers running sustainable strategies on its behalf and its funds that had been awarded the LuxFlag ESG label.