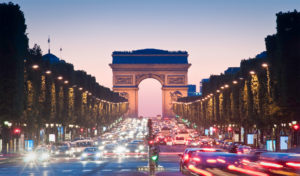 The concept of a just transition – action to address the impact that decarbonisation will have on workers and communities in carbon-intensive sectors – is steadily climbing up the political and financial agenda, as countries work on plans to achieve Net Zero.

For example, CA100+ is seeking to use the just transition as an indicator in its benchmark, which ranks companies’ progress on becoming greener. And, in the run up to COP26, the UK Parliament is exploring how investors can support a just transition.

Speaking to RI, Jean-Jacques Barbéris, Vice-President of Finance for Tomorrow, Director of Coverage, Institutional and Corporate Clients, Member of the Executive Committee of Amundi, said Finance for Tomorrow had been working on the just transition agenda for the last 18 months and in October released a paper, endorsed by French financial players, on its importance.

The work, he said, had developed a shared definition of the just transition and identified why it is important for investors. “The next step now is to engage in something concrete collectively,” he continued.

“The coalition has three main objectives. The first one is to engage the companies we are invested in on a just transition with very concrete themes.”

Engagement themes will include how companies plan to integrate the social dimension into their transition plans, what metrics will be used to measure this and, if they are not doing work on a just transition, raising it as a concern.

The second objective will be research, said Barbéris. “It is an awfully complicated subject and we will be holding a beauty contest to select an academic partner to help us produce research regarding the just transition.”

The third objective of the initiative will be to create a data hub to help monitor the impact of its engagement.

Barbéris added that the initiative was now seeking players outside France to join, and was already in discussion with a number of international asset owners and managers about joining ahead of Glasgow’s COP.

Commenting on international attention on a just transition, Barbéris said things were happening in the UK, through “the Pope of the Just Transition, Nick Robins of the London School of Economics”, but not a lot was happening in other countries.

“The UK is responsible for this year’s global COP that is mobilising on the subject so if we have the opportunity to join forces at some point in time I’m pretty sure we have the capacity to create a dynamic. For us it was important to launch something strong at home first to be credible outside. We have found some interest in Nordic countries and in continental Europe but not tested [it yet on] the American side of the industry where the definition of what is “social” may differ a bit.

Barbéris emphasised that “the Paris Agreement has direct reference that all objectives shall be pursued in a socially acceptable manner”.

“This is where the just transition is directly derived from, an international treaty which all countries are a signatory of. It is important also to remember that this is a binding agreement and that we hope it is going to be renewed with more ambition in Glasgow.”

In April, Amundi rebranded its Responsible Investing – Green Bonds fund as a Climate Just Transition Fund which integrates a ‘Just Transition score’ based on the impact a low-carbon transition will have on employees, consumers, local communities and wider society.

Barbéris said the fund, a world-first, was “far from being perfect”, but said data and research work from the initiative announced today would help improve the product and could help develop other just transition-related products.