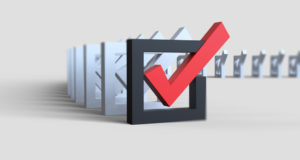 The European Banking Authority (EBA) has recommended that existing supervisory review processes be enhanced with “ESG factors”, and “more importantly” that a “new area of supervisory analysis and evaluation” be introduced, which looks at “the long-term resilience” of financial institutions’ business models.

It suggests that assessing such “long-term resilience” would entail “exceeding commonly used timeframes of 3-5 years or potentially even the ten year-horizon already applied in some jurisdictions”.

The EBA, which is the supervisor for lending institutions, investment firms and credit institutions in the European Union, made the proposal in a discussion paper put out this week for consultation.

The 150-page paper outlines how the EBA thinks ESG factors and risks could be included in the regulatory and supervisory framework for credit institutions and investment firms.

It warns that existing supervisory review processes “might not sufficiently enable supervisors to understand the longer-term impact of ESG risks on future financial positions and related long-term vulnerabilities”.

The topic of “green securitisation” is also raised again by the EBA in the discussion paper, which suggests that such a product could be used by financial institutions to “implement their ESG risk- related objectives”.

Earlier this year, in response to the EU’s consultation on the EU’s Renewed Sustainable Finance Strategy, the EBA argued that there is now a “critical mass of green assets to make green securitisation possible”, especially in Europe.

The EBA also states in the paper that “in most cases” large European credit institutions’ governance structures are “insufficient to ensure an adequate response to the climate crisis”.

This echoes a recent report by the European Central Bank which found that close to a third of surveyed European banks have not considered whether their capital is vulnerable to financial losses resulting from climate change.

The consultation on the discussion paper runs until 3 February and the EBA will host a webinar on 26 November. Feedback will inform the EBA’s final report, which it expects will be published in June 2021.

The consultation will also support the EBA’s other mandates around sustainable finance, including its development of a technical standard on ESG risks disclosure requirements and its assessment on the potential for the favourable prudential treatment of sustainable assets or activities. Details of the EBA’s work was outlined in its recent Action Plan on Sustainable Finance.