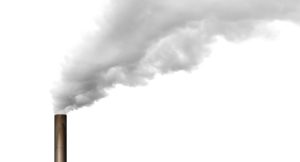 Major European banks are on the hook for providing $33bn in financing to companies planning to expand oil and gas production, less than a year after they pledged to decarbonise their lending books and portfolios by 2050.

According to data from investor advocacy group ShareAction, the financing was provided by 24 European-based members of the Net Zero Banking Alliance (NZBA) – with over half of that amount ($19bn) coming from among the NZBA’s founding institutions: HSBC, Barclays, BNP Paribas and Deutsche Bank.

Banks which sign up to the initiative, launched in April last year in association with COP26, must set interim emissions targets, engage their clients on the transition, report progress annually and take a “robust approach to the role of offsets in transition plans”.

The Alliance’s founders were also identified as having raised the most financing for fossil fuel producers in the six years starting from 2016, with HSBC topping the table with $59bn, followed by Barclays ($48bn) and BNP Paribas ($46bn). Deutsche Bank was ranked sixth at $28bn.

Researchers found that the vast majority of financing since 2016 – around 92% – was provided through general corporate purpose financing, with over half that amount coming in the form of capital markets underwriting. Despite this, investment banking activities are commonly excluded from metrics and targets covering the ‘financed emissions’ for which banks admit responsibility.

The NZBA is expected to include underwriting and other off-balance sheet activities in the next version of its guidelines.

A spokesperson for the Alliance told RI that prior to signing up for the initiative, none of the member banks had made any commitment to achieving Net Zero. The Alliance said it now expects members to report its intermediate targets “at the earliest possible opportunity” ahead of an autumn 2022 deadline.

The NZBA said it was unable to comment on individual transactions presented by ShareAction.

In addition, ShareAction noted that only a handful of NZBA members – Commerzbank, Crédit Mutuel, Danske Bank, NatWest and La Banque Postale – had explicitly committed to restricting financing for oil and gas projects. In contrast, nearly half of the 24 European banks have taken measures aimed at reducing their exposure to coal.

A total of top 50 oil and gas companies were selected for the study based on their exploration capex and short-term expansion plans. All ‘green’, ‘sustainability-linked’, and ‘transition’ use of proceeds and non-fossil fuel related subsidiaries were excluded from the sum of financing flows.

The results of the study show that banks are flaunting the advice of climate and energy experts who have called for an immediate end to new investments in oil and gas fields, warned Share Action.

“If oil and gas demand decreases in line with 1.5C scenarios, prices will fall and assets will become stranded. On the other hand, if demand does not fall enough to limit global warming to 1.5C, the economy will suffer from severe physical climate impacts,” said ShareAction’s Senior Research Manager, Xavier Lerin.

“Either way, value will be destroyed for energy companies, banks and their investors.”

A HSBC spokesperson said to RI that the bank was “committed to working with our customers to achieve a transition towards a thriving low carbon economy”, while Barclays said that it will continue continues to “focus on our ambition to become a net zero bank by 2050, and our commitment to align our financing with the goals and timelines of the Paris”.

Barclays is targeting a 15% absolute reduction in financed emissions from fossil fuels by 2025 and have restricted project and corporate financing over Arctic oil and gas expansion, the spokesperson added.

HSBC is currently under pressure to update its policies on Arctic expansion, and is expected to reveal its oil and gas financing strategy later this month.

BNP Paribas and Deutsche Bank did not respond to enquiries before this article was published.

The report comes days after the Bank of England announced a second round of climate stress testing for UK banks, as part of an inaugural effort to measure the vulnerability of the financial sector to climate change. A similar exercise by the European Central Bank is due to conclude in June.

Banks have previously faced brickbats from stakeholders over the credibility of the Equator Principles, another voluntary finance sector initiative focused on social and sustainability issues.

Separately, Danish NGO Mellemfolkeligt Samvirk has found that 16 of the largest Danish pension funds have invested a total $6.9bn (DKK46bn) in fossil fuel producers who are expanding production.