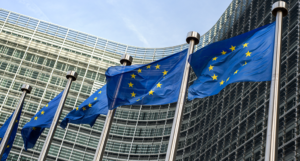 The European Commission today published and adopted its long-awaited legal text setting out how it proposes gas and nuclear activities are classified in the EU Taxonomy framework.

In line with a draft text circulated on New Year’s Eve, and as widely expected, nuclear and some natural gas activities are to be labelled environmentally sustainable in the EU Taxonomy, according to today’s adopted proposal.

The delegated act will now be scrutinised by the European Parliament and Council of Member States. The scrutiny period is four months, and can be extended for two months if required.

The controversial sectors are included in the Taxonomy “under clear and tight conditions”, according to the Commission, and as so-called ‘transitional’ activities. The transitional category in the EU Taxonomy was originally created for sectors without green alternatives, such as steel and cement.

But NGOs including E3G and WWF were quick to point out the final text proposes looser criteria for the sectors than previous drafts.

For example, it appears a previous requirement for gas power plants to start shifting to low-carbon or renewables by 2026 was dropped.

More broadly, the Commission rejected a warning by the independent expert group the Platform on Sustainable Finance that considering gas and nuclear sustainable poses “a serious risk … undermining the sustainable Taxonomy framework”.

In a press conference, EU Commissioner Mairead McGuinness, said: “I think it's fair to say that overall, that feedback we received showed that positions are widely divided. In all of our institutions, there are different views. However, I believe that we have found a balance between fundamentally different opinions in supporting the road to decarbonisation.”

She added the Commission had “taken board on some of the feedback received, including recommendations which I welcome from the Platform on Sustainable Finance to clarify the disclosure rules.”

One platform member, who was still reviewing the delegated act, which was published at around 12.30pm UK time today, told RI the disclosure rules appeared somewhat stronger than in previous drafts, but that the Platform’s advice on gas and nuclear criteria were “totally ignored”.

McGuinness said the College of Commissioners, comprised of the 27 EU Commissioners, had voted on the delegated act and that there was “overwhelming support” for it being adopted.

She would not be drawn on details of the vote, as they are confidential, and refused to answer a question on whether Commissioner Frans Timmermans, who is leading the EC’s work on the EU Green Deal, had supported the act.

Furthermore, she said the Taxonomy will help “signpost the way” for private investors to contribute to climate goals.

She highlighted that investors “will remain free to choose if they want to invest in nuclear or not”, pointing to the extra disclosure rules that have been proposed Taxonomy-aligned nuclear and gas activities.

The inclusion of nuclear and gas in the Taxonomy has seen strong investor backlash, including from $50trn investor coalition, the Institutional Investors Group on Climate Change (IIGCC), who warned the EU earlier this month the move  “would seriously compromise Europe’s status as a global leader in sustainable finance”.